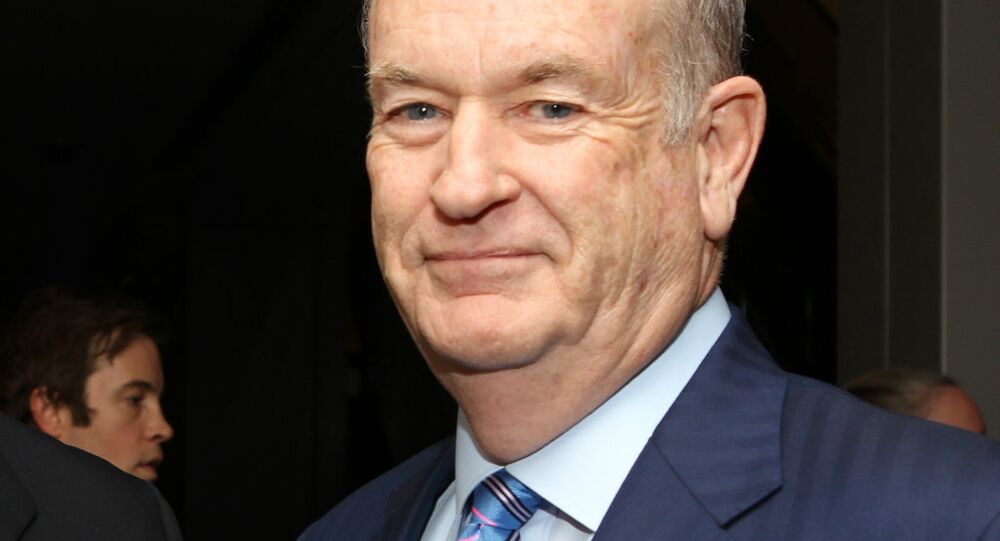 Despite the fact that nearly 50 companies have pulled their advertisements from Bill O’Reilly’s Fox News show after a sexual harassment scandal exploded over the weekend, the program’s ratings have gone through the roof, and US President Donald Trump has said he’s got O’Reilly’s back.

While not many people have publicly supported O’Reilly since the New York Times revealed that he had paid nearly $13 million in five separate sexual harassment settlements, Trump asserted that he does not believe the allegations against the Fox News star.

© AP Photo / Evan Vucci
Bill O’Reilly Joins List of Men Sued at Fox News for Sexual Harassment
Over the weekend, 67-year-old O’Reilly issued a statement denying claims of sexual harassment, but did not deny paying the settlements, stating that he did so to "put to rest any controversies to spare my children."

The show has also seen a huge jump in ratings, with over 3.76 million people watching Tuesday evening’s episode of “The O’Reilly Factor.” That is a 20 percent boost from the previous Tuesday.

The Factor has been the highest-rated show in cable news for the last 16 years. In the first nine months of 2016 alone, the show generated more than $118 million.

YouTube/High Energy
Fox News Host Destroys Democratic Lawmaker Over Russian Hacking Claims
In a statement on Tuesday, Fox reported that the ads from those companies will be moved to air during other programs, which means there is unlikely to be a big loss in profit to the network.

While O’Reilly may be so invaluable the network won’t let him go, companies have launched a successful boycott of a host in the not-so-distant past.

In 2011, Fox News terminated its contract with Glenn Beck after 200 companies pulled their advertisements.

Still, it is unlikely viewers will have to say goodbye to The Factor, as the network just signed a new contract with the host until 2020 — even after the report about his settlements went public.