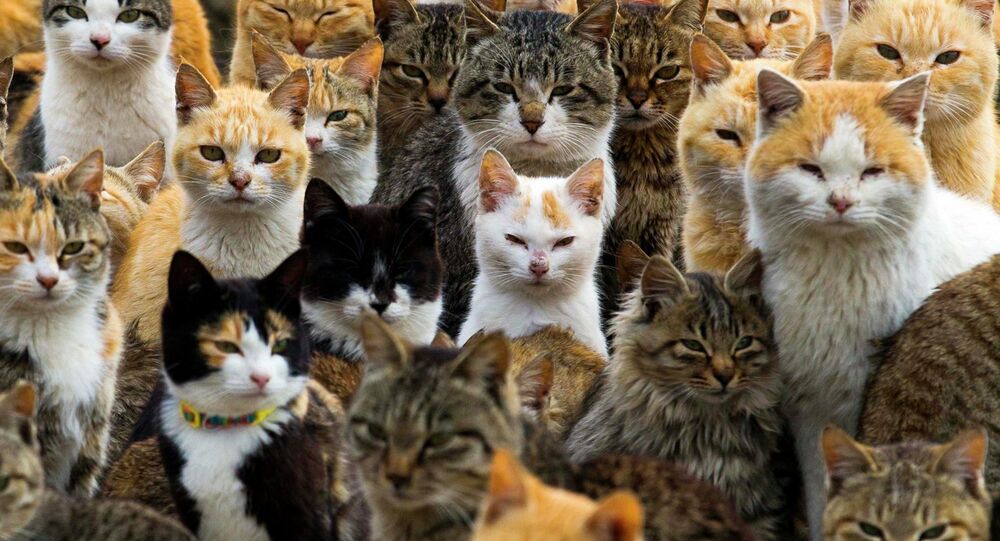 Guantanamo Bay: best known for human rights violations, but it apparently also has a serious issue with feral cats.

YouTube/The National
Youngest Ever Gitmo Prisoner Undergoes 19-Hour Surgery in Canada
According to a report from Stripes, activists seeking to curb the problem have estimated that there may be as many as 500 stray cats roaming the naval base. The group is now seeking to do something about it, under the clever monicker “Operation Git-Meow.”

The SPCA International is now working with troops, civilians and visitors in an attempt to spay and neuter the animals to stop them from breeding. They are also working on setting up a nonprofit that will allow those on assignment at the base to adopt them and take them home with them when they leave.

“I have taken care of over 40, actually 50, cats in about three and a half years,” Git-Meow founder and foster-cat mom Tina Marie Parr, the wife of a base contractor, told Stripes. “The reason I do it is to help the population of cats here to be able to get some decent homes.”

© Photo : Pixabay
Are You Fur Real?! Scientists Offer Proof 'Pawsitive' Cats Love Humans
Instead of killing off the growing cat population, the Git-Meow crew met with Navy Captain Dave Culpepper to propose that they allow civilian volunteers to visit the base and catch the cats so that they can be fixed and vaccinated. Between this and adoptions, they hope that this will solve the problem humanely.

There are hurdles however, as military rules prohibit “trap-neuter-release programs due to the adverse impacts stray animals pose, such as the potential threat to public health; the threat to wildlife, including endangered species and migratory birds; and damage to natural habitats,” base spokeswoman Julie Ann Ripley told Stripes in an email. “Navy regulations ensure all species are legally and humanely managed.”

Ripley would not disclose how many of the feral cats have already been killed off, calling it a “sensitive issue.”