Trump Says He Thinks Susan Rice May Have Acted Illegally

US President Donald Trump said on Wednesday he thinks former National Security Advisor Susan Rice may have committed a crime if she revealed names of Trump associates under surveillance.

WASHINGTON (Sputnik) — Trump was asked if he believed Rice broke the law if she "unmasked" names in intelligence reports of Trump associates who were surveilled by US intelligence agencies.

"Do I think? Yes, I think," Trump said in an interview with the New York Times. 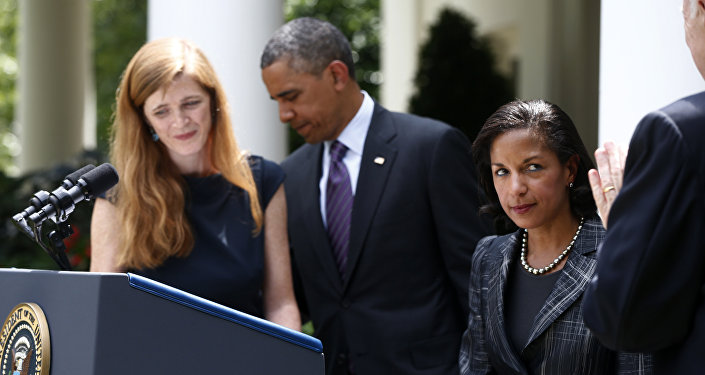 Last month, White House lawyers learned that Rice was the one behind unmasking the names, such as Mike Flynn, whose conversation with a Russian ambassador was later leaked to the media.