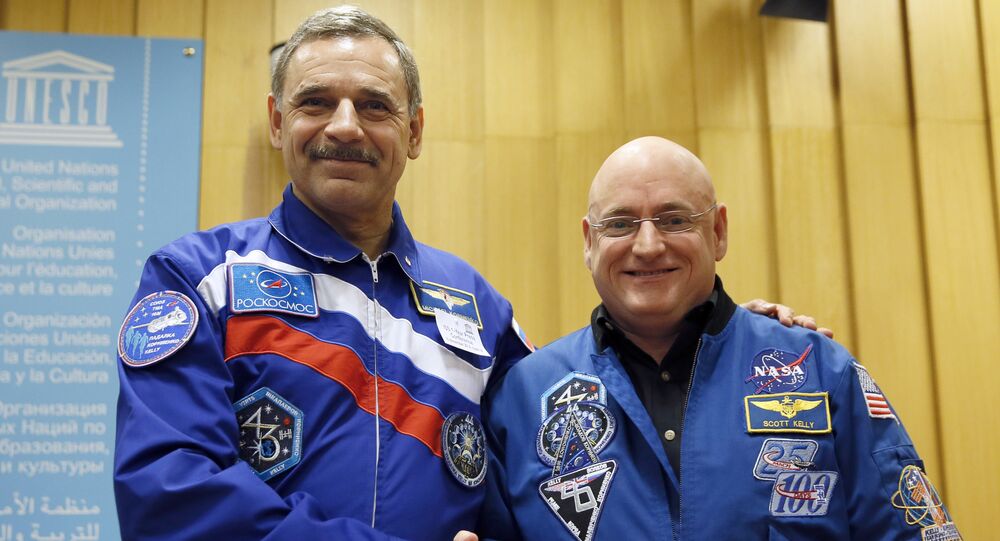 The annual 33rd Space Symposium aimed at addressing space matters and planning for the future will kick off in the US city of Colorado Springs on Monday.

Heads of the world’s space agencies, government officials, senior industry executives, members of Congress, and astronauts among others will participate in numerous discussions, panels, and exhibitions.

“Bringing all these groups together in one place provides a unique opportunity to examine space issues from multiple perspectives, to promote dialoge and to focus attention to critical space issues,” the event’s website said.

Russian delegation this year will be led by head of Russia's space corporation Roscosmos Igor Komarov, who will be joined by Executive Director for manned space flight programs at Roscosmos Sergey Krikalev and Counselor for Science and Technology at the Russian Embassy in the United States Alexander Ermolaev.

On Tuesday, Komarov will join 14 other world's top space agency leaders, including those from Canada, Italy, Ukraine, and China for the big panel discussion.

Ermolaev and Krikalev will address the special panel on cooperation with Russia “Advancing Space Exploration Through International Collaboration” on the last day of the conference.

The 2017 symposium will be marked by a number of special events.

Moreover, on April 2, a bust of Yuri Gagarin, donated to the Space Foundation by Russian officials, will be unveiled, during Yuri's Night, a celebration of Yuri Gagarin’s first manned spaceflight and the first space shuttle flight.

The participants of the Symposium will also be treated to 188 displays of the latest in space technology, products and services, with 27 exhibitors from outside of the United States, including Austria, Canada, France, Germany, Japan, Norway, Switzerland, the UAE, Ukraine and the United Kingdom, according to the website.

Moscow’s relations with Brussels, Washington and their allies hit rock bottom after Crimea voted to leave Ukraine and rejoin Russia in 2014. In protest, the West severed or greatly limited ties with Russia in legislative, military and other spheres of interest. Russia denied being the cause of Ukrainian unrest.

Russian President Vladimir Putin said Thursday that the cooperation between Moscow and Washington in space is mutually profitable, that is why, Russia is not going to halt it and act in its own detriment.

In February, Komarov expressed hope that Russia and the United States would foster space cooperation.