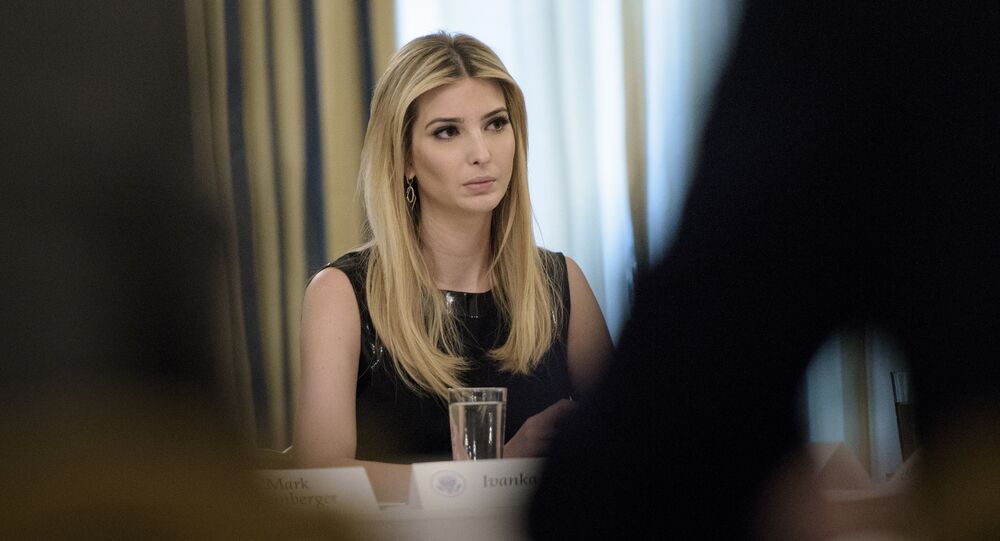 Ivanka Trump will officially join her father’s administration with a title of Special Assistant to the President amid concerns over the possibility of violating ethics rules, the First Daughter said in a statement issued by the White House.

WASHINGTON (Sputnik), Andrew Feinberg — President Donald Trump’s daughter also said she was working closely and in good faith with White House and personal counsel to address the "unprecedented nature" of her role.

"I have heard the concerns some have with my advising the President in my personal capacity while voluntarily complying with all ethics rules and I will instead serve as an unpaid employee in the White House Office, subject to all of the same rules as other federal employees," Ms. Trump said on Wednesday.

© AFP 2021 / Jim Watson
Cherchez la Femme: How Ivanka Trump Influences Politics in the White House
A White House spokesperson said in a statement that Ms. Trump’s service as an unpaid employee furthers the administration’s commitment to ethics and will afford her more opportunities to lead real policy initiatives.

Ivanka Trump joins her husband, former real estate developer Jared Kushner as an advisor to her father. Kushner, who also has pledged to work without accepting a salary, holds the title of Senior Advisor to the President.

While Ms. Trump’s role is described as unpaid, by law she will have to accept a nominal amount of compensation per year which can be as low as $1.