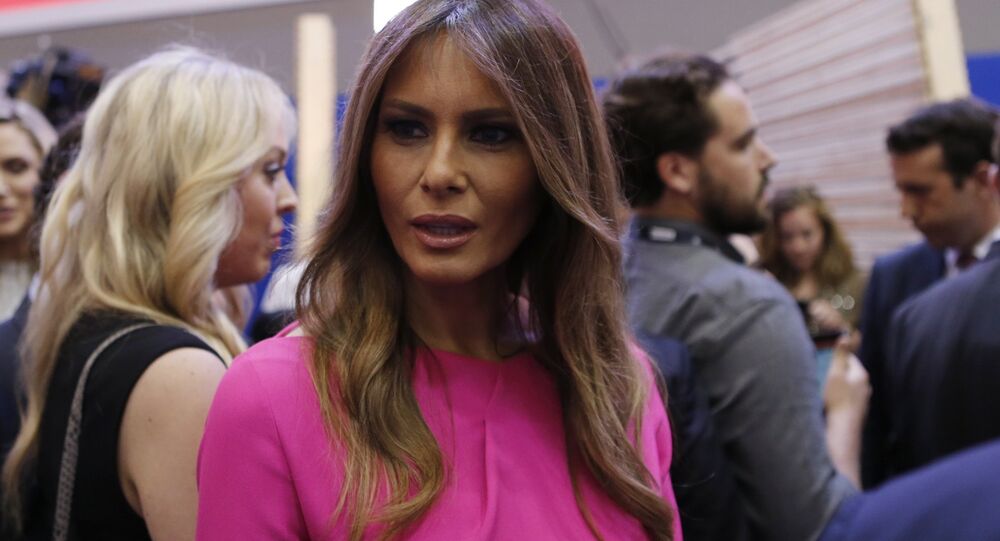 More than 230,000 people have signed a Change.org petition to force the first lady to leave Manhattan, where her 11-year-old child is finishing his school year – or have the first family pay for their protection by the Secret Service and law enforcement.

The petition, started two weeks ago by a man named Doug Caruana, has gained massive traction in the past few days, gaining nearly 100,000 signatures in the 24 hours from Tuesday to Wednesday.

“The US taxpayer is paying an exorbitant amount of money to protect the First Lady in Trump Tower, located in New York City,” the petition states. “As to help relieve the national debt, this expense yields no positive results for the nation and should be cut from being funded.”

© AFP 2020 / BRENDAN SMIALOWSKI
Secret Service Requests $60 Million for Trump Family’s Complicated Lifestyle
The New York Police Department spent roughly $24 million to protect Trump Tower between the election in November and the inauguration in January, and are now spending between $127,000 and $145,000 a day to protect the first lady and Barron while the president is out of town. When Trump is in NYC, that number jumps to $300,000. The city is currently seeking federal reimbursement for the costs.

The first lady has stated that she will be moving to the White House once Barron finishes his school year in June.

"Mrs. Trump will be moving to DC and settling in to the White House at the end of the school year, splitting her time between New York and DC in the meantime," Stephanie Winston Wolkoff, senior adviser to the first lady, said in a statement. "Mrs. Trump is honored to serve this country and is taking the role and responsibilities of first lady very seriously. It has only been a short time since the inauguration and the first lady is going to go about her role in a pragmatic and thoughtful way that is unique and authentic to her."

The Secret Service is required to protect the first family regardless of their living arrangements.

“The Secret Service cannot dictate the lifestyle of the protectee. They have to work around it,” Jonathan Wackrow, who spent 14 years on the Secret Service and is now executive director of the risk-mitigation company RANE, recently told the Washington Post.

Melania Trump 'Deeply Honored' to Serve US as First Lady