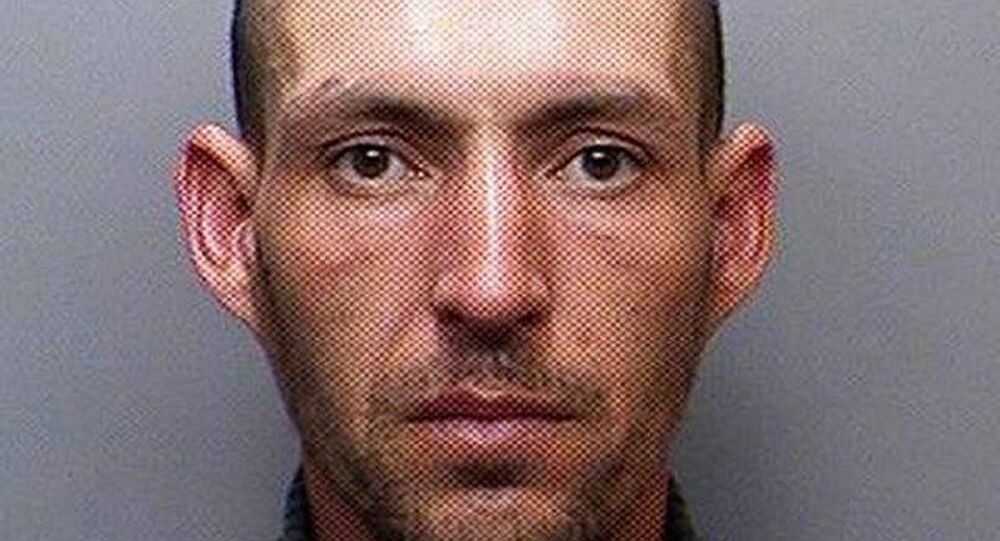 A former Army medic has been arrested over the vandalism at a Colorado mosque over the weekend, which included breaking a window and throwing a bible inside.

The suspect was caught on surveillance footage attempting to break into the Islamic Center of Fort Collins with a screwdriver before flipping over garbage cans and benches outside the mosque. He was then seen smashing the glass doors using a brick and rocks, eventually breaking a window and throwing a bible inside.

A police affidavit states that Giaquinto was identified using “evidence collected on scene,” and that he has since confessed to the crime. It also reports that he had left the building after causing the damage, went home to get a bible, and went back to the scene to throw it inside.

"No matter what we find out happened, my son is a good man," Michael Giaquinto, the suspect’s father, told the Coloradoan. "He served his country well. Even if he was involved, and I'm not saying he was, it would just indicate that he was in a kind of a bad place."

Police have not yet commented publicly about the suspect’s motive, though his charge relating to bias and the bible thrown through the window do indicate that Giaquinto has a problem with Islam.

According to police, the vandalism caused roughly $3,000 in damage. A GoFundMe campaign set up by the mosque to repair the damage and obtain additional security received over $25,000 in two days.

© Photo : Pixabay
London 'Gone All Islamic' Tweet by US Author Goes Viral
“Our community was shocked to find that our Islamic Center located in the heart of Fort Collins just south of the Colorado State University campus was vandalized overnight. The criminal tried to enter our facility in the early hours of Sunday morning. After he was unsuccessful he threw boulders and a large brick through three of the rear glass doors,” the fundraiser page reads.

“We have always had an outpouring of support and welcoming from our fellow citizens in Fort Collins and the Northern Colorado. Many people have been asking how they can support us financially to repair the damage and improve our site security. So as a result we have made this page.”

An impromptu rally to support the Islamic Center after the attack was attended by approximately 1,000 people on Sunday evening outside the building.

"While the building can be repaired, this incident caused deeper hurt that won't just go away," Police Chief John Hutto said in a statement.