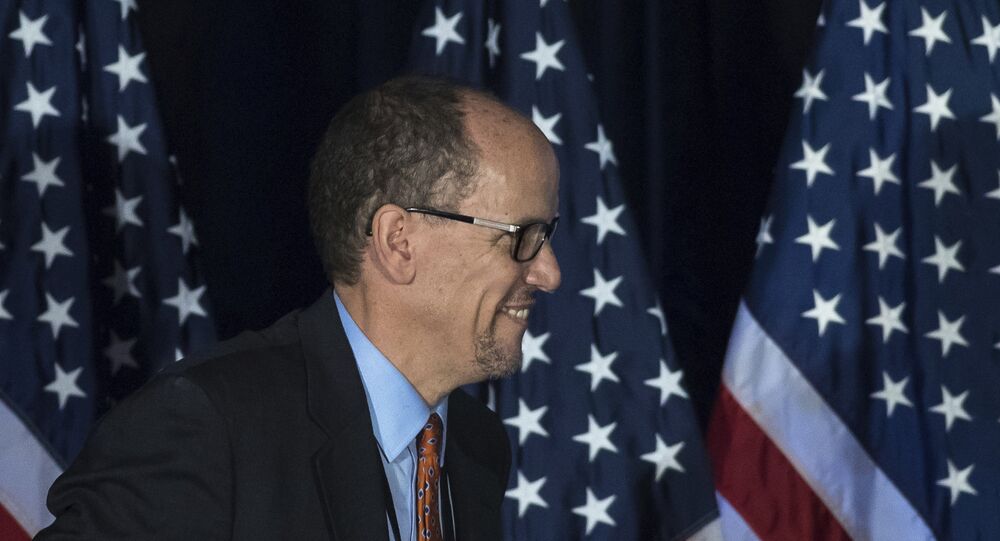 After Tom Perez was elected as DNC chairman in late February, the adviser to former DNC interim chairman Donna Brazile asked every employee to submit a letter of resignation by April 15, the report stated.

© AP Photo / Cliff Owen
Weapons of Mass Distraction: Russia ‘Hack’ of US Elections an ‘Act of War’ — Dick Cheney
The report added that major staffing and structure changes in the DNC will be announced in the coming weeks.

The DNC chair's role was left vacant after the resignation of Debbie Wasserman Schultz following last year's WikiLeaks revelations of attempts to tilt the primary election in favor of candidate Hillary Clinton and against candidate Bernie Sanders.