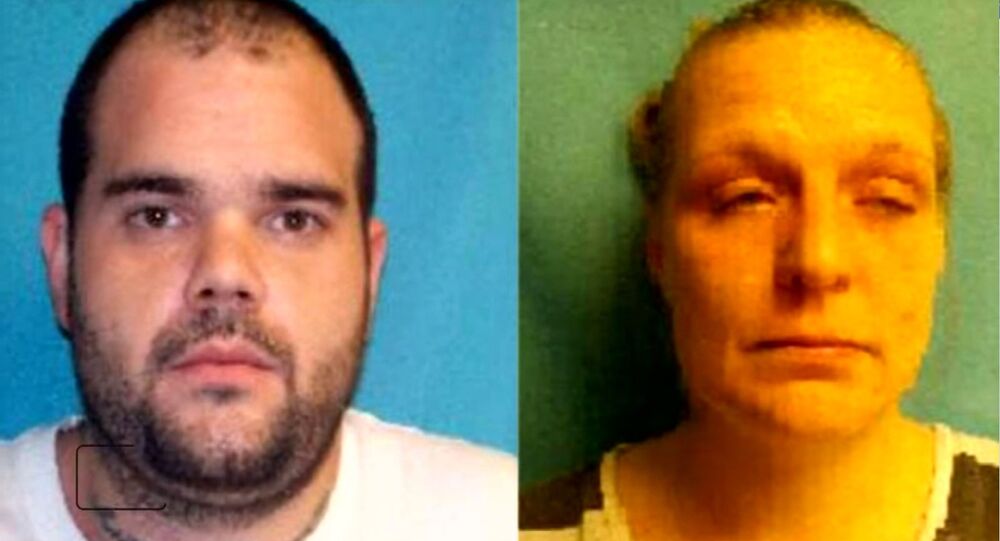 John David Cain, 26, and Deanna Lynn Greer, 37, are residents of Greene County, best known for being the home and resting place of 17th US President Andrew Johnson. The Greene County Sheriff's Office says that the couple placed a Craigslist ad for their baby that was reported to and then answered by the Tennessee Bureau of Investigation (TBI).

"They had spoken with the parents of this child and it was posted on Craigslist, but not as a child for sale," said Greene County Detective Jeff Morgan to People Magazine. "It was an adoption-type ad."

"It was just devastating, it was just unbelievable … the feeling this is happening. Walked up to them pushing the baby carriage, and it had a baby in it, a five-month-old little boy, and sold it to the undercover agent," said Greene County Sheriff Pat Hankins to WJHL 11.

"We were anticipating more of a scam, or someone that was fixing to rob someone. Once you walked up there and really looked in that baby carriage and saw that little child, that's when it gave you the sick feeling of what was going on."

An undercover agent met with the couple on Friday, March 24, and successfully purchased the baby. Cain and Greer were then arrested and taken into custody. Greer is being held on $150,000 bail. Cain already had warrants for his arrest for an embezzlement and a breaking-and-entering charge in North Carolina, and so has been denied bail.

"They did have a story, and I don't think I'll be able to share that just yet because it's still an ongoing investigation," said Morgan. "They had everything — birth certificate, shot records."

Greer's preliminary hearing date is set for April 7, and Cain's for April 8. They were represented by public defender Jonathan Cave Sr. during their arraignment. Cave refused to comment on the case.

Tennessee has some of the US's sternest laws regarding child abuse, including a statute known as Haley's Law, named after a child that suffered severe abuse by her father and stepfather. The charges levied against Cain and Greer are Class A felonies punishable by "15 to 60 years in prison and a fine of up to $50,000."

Assistant District Attorney Ritchie Collins told WJHL 11 that the couple could face additional charges. "There is a possibility that the US Attorney's Office will look at the case. I'm sure the federal government has a more specific statute, so federal prosecution is certainly a possibility," Collins said.

"Can you believe this? We bought a baby. It makes my heart drop."