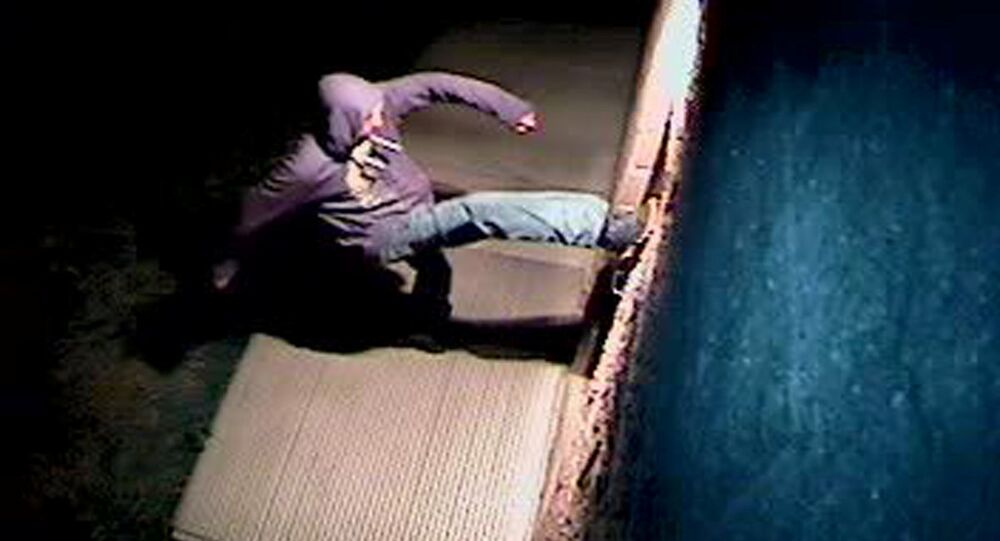 The individual was caught on the Islamic Center of Fort Collins’ surveillance camera as he engaged in the vandalism.

The suspect first attempted to break into the building with a screwdriver before flipping over garbage cans and benches outside the mosque. He then began smashing the glass doors using a brick and rocks, eventually smashing a window and throwing a bible inside. There was reportedly no damage to the interior of the building.

“When we came we found little Bible lying on the floor with no messages in it and the police took it as evidence,” the president of the Islamic Center, Tawfik Aboellail, told Fox Denver.

So far, police have not labelled the incident a hate crime.

"We don't know what the motive was. We know what the damage that was done and it's early in an investigation, and so we'll look into it and let the facts guide us to where we go," Fort Collins police Sgt. Dean Cunningham told Fox Denver.

An online fundraiser set up by the mosque to raise the money to repair the doors and install a security system raised $22,464 by 555 donors in less than a day.

© Sputnik / Said Tsarnaev
Outrage! Preaching at Montreal Mosque, Imam Calls for Jews to be Killed
“Our community was shocked to find that our Islamic Center located in the heart of Fort Collins just south of the Colorado State University campus was vandalized overnight. The criminal tried to enter our facility in the early hours of Sunday morning. After he was unsuccessful he threw boulders and a large brick through three of the rear glass doors,” the fundraiser page reads.

“We have always had an outpouring of support and welcoming from our fellow citizens in Fort Collins and the Northern Colorado. Many people have been asking how they can support us financially to repair the damage and improve our site security. So as a result we have made this page.”

Approximately 1,000 local residents also rallied in support of the mosque on Sunday evening outside the building.

The suspect is described as being a male in his early 20s and was wearing a hoodie at the time of the incident. As of Monday afternoon, the police had not yet publicly named any people of interest.

At Least 20 Killed After Two Missiles Fired at Yemeni Mosque