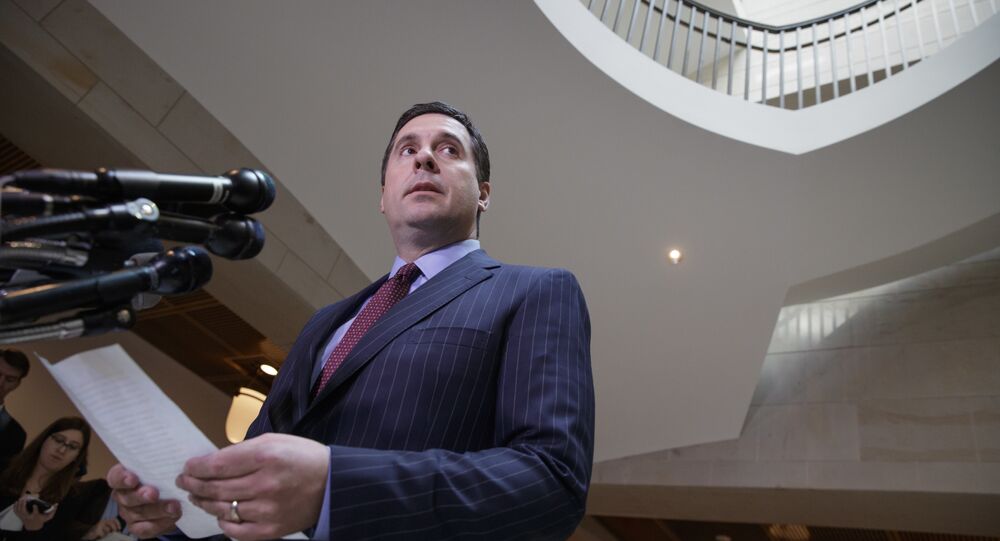 WASHINGTON (Sputnik) — Earlier on Monday, Nunes’ spokesperson Jack Langer stated that Devin Nunes met with a source at the White House on March 21, the day before he publicly discussed new information about US government surveillance of President Donald Trump during the presidential transition.

"Chairman Nunes is cleared, he is the chairman of the Intelligence Committee," Spicer said. "Someone who is cleared to share classified information with someone else cleared is not a leak."

© AFP 2021 / Adrian Dennis
Global Intelligence Sharing Key to Combating Daesh - UK Foreign Minister
Last week, Nunes explained that the information gathered was conducted "legally" in the final month of the previous Obama administration and during the transition, but was an "incidental collection" that was widely circulated and ended up in intelligence reports.

Trump said he felt vindicated for statements on Twitter in which he accused former President Barack Obama of "wiretapping" the Trump Tower due to the information Nunes made known.

Surveillance of Terror-Linked Encrypted Messages Should Be Judiciary-Regulated

Tracking Everyone: Does US Vast Surveillance State Even Extend to Trump?

All Surveillance of Trump Tower Legal, No Wiretapping - US House Intelligence