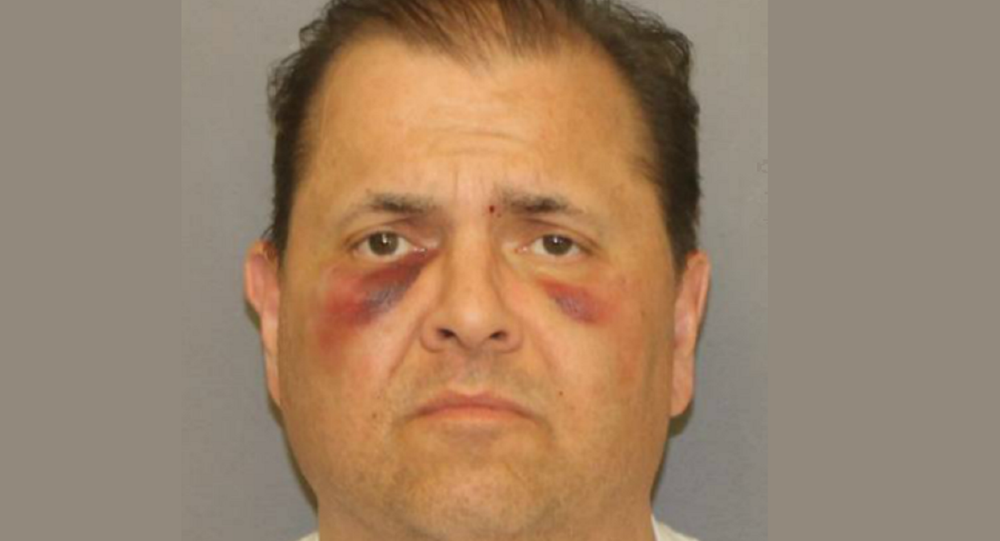 In the latest in a bizarre string of hoax hate crimes in the US since Donald Trump was elected president, a New York man has been arrested for spray painting swastikas on his own home.

The Schenectady Police have arrested Andrew King, a man who made the rounds on local television stations expressing his fear about being targeted for his Jewish faith, for filing a false report.

Even stranger, it is now being questioned whether the man is even Jewish.

“I didn’t know, maybe they are going to do more than that, maybe from spray paint to trying to harm me,” King told NEWS10 ABC in February.

© AFP 2020 / Paul J. Richards
Michigan Man Lied About Iraqi Mom Dying After Trump’s Immigration Order
After police found that he had drawn the hate symbols himself, News 10 spoke to community leaders and those who know King, and all claimed that he is not Jewish.

King had reportedly attempted to convert on multiple occasions, but was turned away by at least two congregations, the station found.

King, seen with two black eyes in his mug shot, also claims that they were caused by police officers who were arresting him on charges of harassing a county employee.

Since the rise of Trump, there has also been a rise in fake hate crimes, as stories posted to social media immediately go viral and grab the nation’s attention.

In a recent example, Yasmin Seweid, 18, was arrested after it turned out that her viral story about being attacked on the New York subway by three white men shouting support for Trump while attempting to snatch her head scarf was a lie.

The Baruch College student had posted her fictional hate crime to Facebook, where it was rapidly spread by Trump detractors as “proof” that his presidency is inciting violence.

“Nothing happened, and there was no victim,” a police source told the New York Post.

Seweid is now charged with filing a false report and faces up to one year in prison if convicted.

In another post-election incident, an 18-year-old Muslim student from the University of Louisiana at Lafayette told a fake story about being accosted by two white men. She asserted that one of the men was wearing a Trump hat, and that they shouted racial slurs at her, knocked her down, stole her wallet and ripped her headscarf off. Her post about the incident was shared widely.

She later admitted to the Lafayette Police Department that she had lied, and is now facing misdemeanor charges and disciplinary action from her university.

“During the course of the investigation, the female complainant admitted that she fabricated the story about her physical attack as well as the removal of her hijab and wallet by two white males,” Lafayette police said in a statement. “This incident is no longer under investigation by the Lafayette Police Department.”

Another student from Ohio, 24-year-old Eleesha Long, claimed that she was attacked by three white men wearing Trump hats who threw rocks at her and called her a racial slur. Her post about the pretend incident, which went viral, detailed what each man was wearing as well as very specific details about the alleged hate crime.

Throughout the police investigation, law enforcement noticed that Long’s story changed multiple times, and that her Facebook and Verizon history proved that she was not where she claimed to be. It turns out that the student made the story up out of frustration with friends and family members who supported Trump.

Long has now been charged with falsification and obstructing official business.

Bomb Scare at Arbitration Court in Moscow Revealed as Hoax