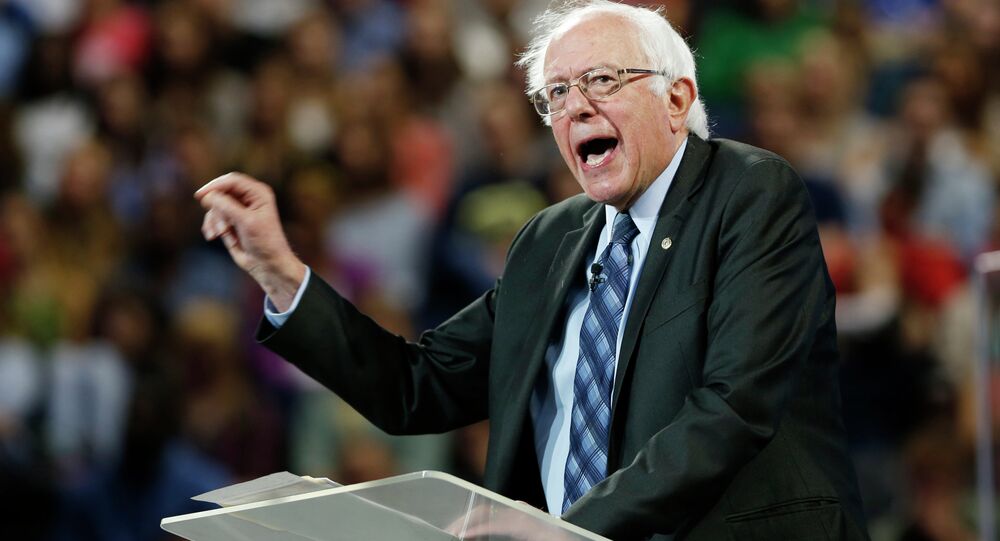 Senator Bernie Sanders claims that Trump’s pick for Chairman of the US Securities and Exchange Commission Jay Clayton must be defeated because he is part of the financial system which poses a conflict of interest.

© AFP 2021
Trump's Revised Travel Ban to Boost Terrorist Recruiting Efforts - Sanders
WASHINGTON (Sputnik) — President Donald Trump’s pick for Chairman of the US Securities and Exchange Commission (SEC) Jay Clayton must be defeated because he is part of the financial system which poses a conflict of interest, Senator Bernie Sanders said in a press release.

“We need somebody who is prepared to confront the system, not someone who is part of the system,” Sanders stated on Wednesday. “Mr. Clayton is clearly not that person. His nomination must be defeated.”

Clayton’s confirmation hearing to chair the SEC is scheduled for Friday in front of a Senate committee. The SEC is a government agency charged with overseeing the securities market.

Sanders also called Clayton “the embodiment of the greed that nearly destroyed the economy” and said the United States needs an SEC Chair who will stand up to Wall Street and end its greed.

Clayton helped Goldman Sachs obtain a $10 billion taxpayer bailout from the Treasury Department during the financial crisis in 2008, the release added.