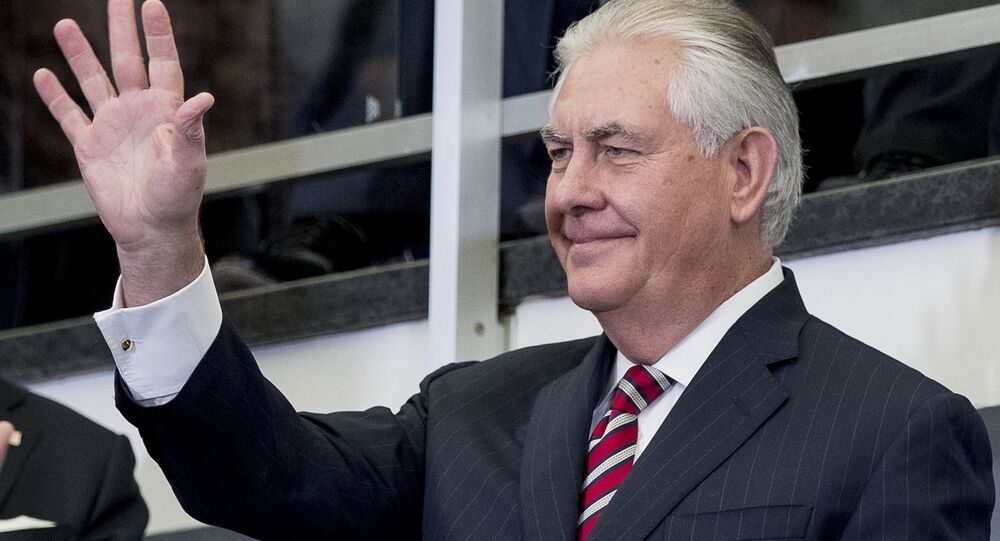 The United States remains fully committed to the NATO alliance despite Secretary of State Rex Tillerson’s plans not to attend next month's meeting, Department of State acting spokesperson Mark Toner said on Tuesday.

WASHINGTON (Sputnik) — On Monday, the State Department announced Tillerson would not attend the NATO meeting in Brussels on April 5-6. A US State Department spokesperson also said that Tillerson plans to visit Russia in April. No specific date has been provided.

The Russian Foreign Ministry has also declined to comment on the upcoming visit, but unconfirmed reports say that America's top diplomat could come to Moscow on April 12. Kremlin spokesman Dmitry Peskov declined to speak about the trip pending an official US announcement. If the dates are confirmed, Tillerson’s Russia trip will come on the heels of a G7 meeting in Italy.

"We have gone back with alternative dates," Toner told reporters when asked about the meeting.

Earlier, US President Donald Trump called NATO "obsolete." He also accused European members of the alliance of not sharing US' burden concerning defense spending. He called for boosting the spending in 2017.

Premature to Speak of Tillerson's Meeting With Putin - Kremlin