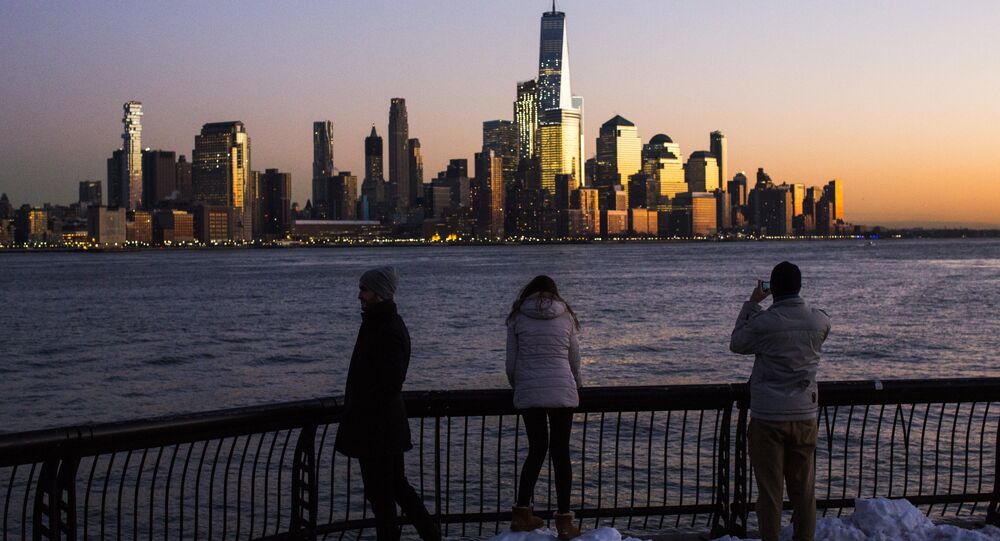 As US President Donald Trump has soared to record levels of unpopularity in Sweden, Swedes have been found to have fallen out of love with the US. While there is no love lost between the two, America as such has become a much less appealing tourist destination for the Scandinavians.

© AFP 2020 / NICHOLAS KAMM
Sweden Fears Financial Harm, Loss of Goodwill After Trump Tiff
While Donald Trump has never been the Swedes' favorite from the get-go of the US presidential election campaign, his recent habit of using Sweden as a scarecrow to illustrate Europe's failed efforts to tackle the migrant crisis seem to be the final straw.

Whereas Swedish tourism to the US has been decreasing since Trump's inauguration, the recent weeks have seen Swedes turning their backs on the US as a tourist destination en masse, Tommy Svansson of the Osby company, which has specialized in US travels for decades.

"In the last four weeks we saw a particularly large drop, especially for New York," tourist bureau Ving CIO Magdalena Öhrn told Swedish Radio, citing a 10 percent decline for the whole US and a 40 percent drop for New York in particular.

Both Swanson and Öhrn ascribed this effect to Trump's attitude to the outside world.

© REUTERS / TT News Agency/Fredrik Sandberg
Jinxed! Migrant Riots Break Out in Sweden After 'Fake News' Row With Trump
At present, it remains to be seen whether it is a temporary effect or a more permanent bilateral phenomenon, given Trump's recent spate of anti-immigrant laws, which do not affect Sweden directly but nevertheless leave an impact on liberal-leaning Swedes.

"Of course, it depends on politics, whether he [Trump] calms down his statements, or chooses to escalate them. I believe the coming months will still be somewhat doubtful," Tommy Swanson said.

As Sweden has become a mainstay in Trump's tirades, Swedish approval ratings of the US president have dropped to record levels. In a recent March poll by pollster Novus, 80 percent of Swedes were found to hold negative views of Trump, with only 10 percent viewing him in a positive light.

Polls suggested Trump's wide unpopularity across Europe even before he was elected. For instance, 92 percent of Swedes expressed no confidence in Trump in a poll by the Pew Research Center in July 2016.

Over 60% of Swedes Believe US Poses 'Problem' for World Peace, Security - Poll