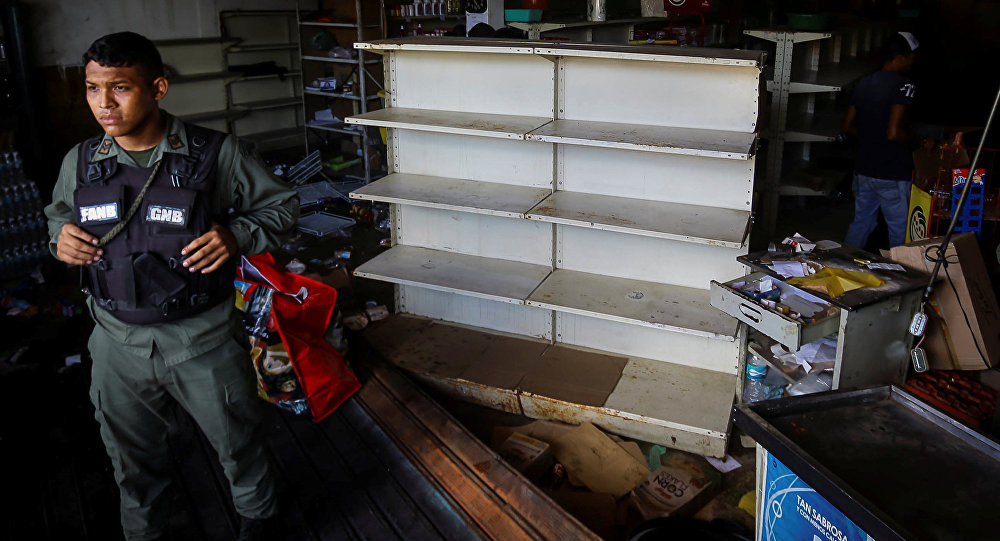 WASHINGTON (Sputnik) – According to the White House, Trump discussed with Bachelet bilateral ties, including US-Chile cooperation on trade and security issues

"President Trump expressed concern over the situation in Venezuela," the White House said in a readout Sunday.

© REUTERS / Marco Bello
Venezuelan Foreign Minister Calls Brazil 'World's Shame'
Venezuela faces economic crisis since January, 2016 when a new opposition-controlled legislature was elected and relations between Maduro and the parliament became strained. In October, the National Assembly voted for initiating impeachment proceedings against Maduro and ordered him to appear at a Congress session on November 1. The parliament’s resolution mentioned the president’s "criminal and political liability and neglect of office."

The parliament declared that Maduro abandoned his post as result of dereliction of duty in January, 2017, but the Supreme Court of Justice stated that the National Assembly does not have the constitutional powers to declare abandonment. Maduro classified the parliament’s actions as a coup attempt.