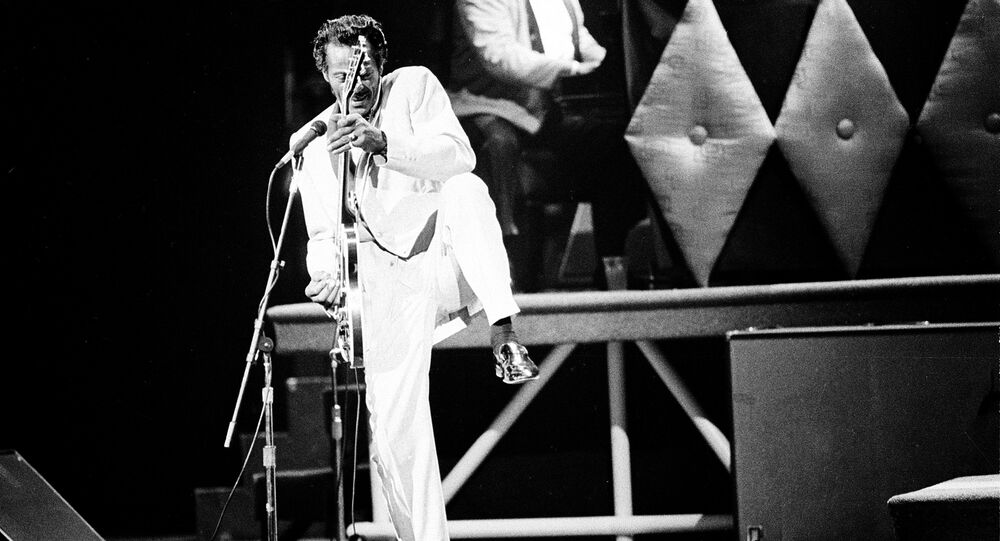 Chuck Berry, a renowned American singer and songwriter, considered to be one of the founders of rock'n'roll music died on Saturday at his home in St. Charles County, Missouri, local police reported.

Berry, an author of such hits as "Roll Over Beethoven" and "Maybellene," was confirmed dead by St. Charles County police. The police said they responded to an emergency call, but upon arrival found an "unresponsive" man whom they couldn't revive. Berry was 90 years old.

The musician's family requested privacy at the "time of bereavement," according to the statement.

Berry was born in 1926 in Missouri to Henry Berry, a Baptist deacon, and Marta Berry, a certified public school principal. He had been playing blues music since his teen years and then used his hobby to earn extra money, playing with small local bands in the early 1950s.

The popularity came to Berry in 1955, when he moved to Chicago and recorded the song "Maybellene." The track climbed to the top spot of Billboard magazine's rhythm and blues chart and sold more than a million of copies.

Berry won Grammy's Lifetime Achievement Award in 1984 and was inducted into the Rock and Roll Hall of Fame two years later.

He is recognized as one of the major contributors to development of rock'n'roll and rhythm and blues, having influenced on such musicians as Keith Richards, Paul McCartney, John Lennon and Bruce Springsteen.