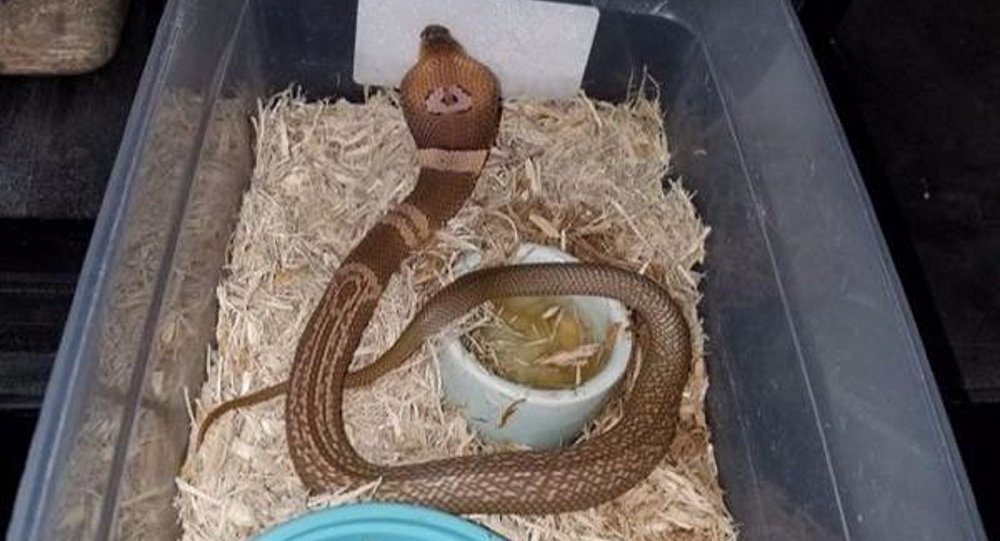 Florida police are still looking for a deadly tan and yellow monocle cobra that has been on the loose for three days.

The reptile escaped from its enclosure in a private residence in Ocala on Monday. Officials with the Florida Fish and Wildlife Commission have been searching the home and the area surrounding it, but have not had any luck so far.

The owner of the snake, Brian Purdy, believes that it is possible his four-foot-long monitor lizard ate the snake.

“They are strong animals. They count on their strength,” reptile expert Dino Ferri, director of the Central Florida Zoo, told WFTV. “They are really opportunistic, but venomous snakes are definitely something they can handle, and they are immune to the venom.”

© Flickr / Frank Kehren
8-Foot Alligator Found Eating Human Remains in Florida
While Purdy believes that this is a possibility due to the lizard’s enlarged stomach, Ferri is not fully convinced.

“They will thrash, they will smash, they will bang it, they bust it up a lot,” said Ferri. “It’s a two-foot snake. It’s a decent size, but it’s not like a human slurping a piece of pasta. It’s going to take some work to get it down, so there would definitely be some signs of struggle.”

Ferri also noted that the two-foot-long snake would have many vertebrae that would likely be visible if it was packed into the lizard’s small stomach.

“It seems like you would see vertebrae. That’s two feet of vertebrae in this little area, it seems like it would show up at some point,” said Ferri.

Purdy had the necessary permits to own the deadly snake, but neighbors are now concerned for their safety.

"It's still very scary," neighbor Brandon Lacey said. "And just a lot of people praying for us that nobody gets hurt in the neighborhood. And it is a real life-threatening thing."

The Centers for Disease Control and Prevention estimates that an average of five people die in the US each year from snake bites. The monocle cobra is native to Thailand and is considered to be one of the world’s deadliest reptiles.