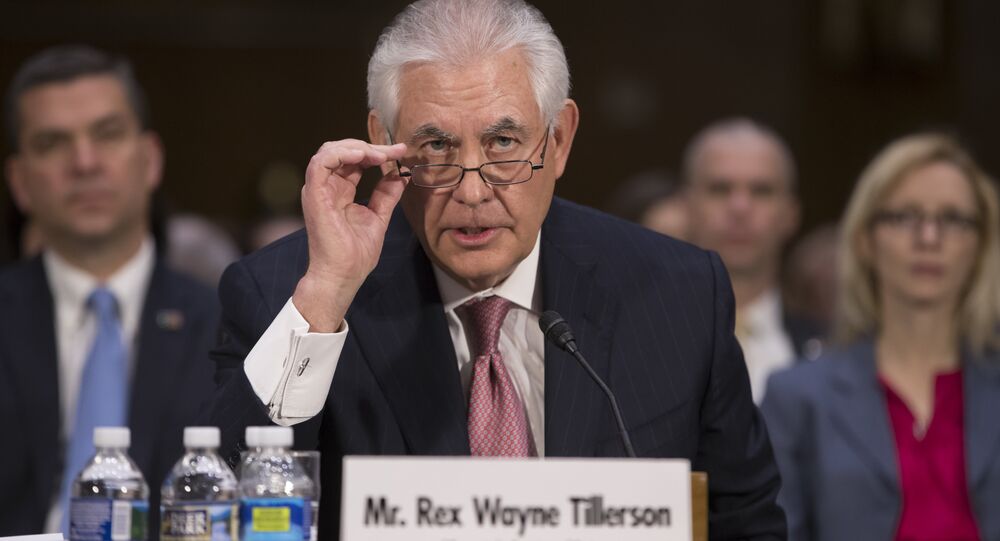 Several US senators signed an open letter, calling on US State Secretary Rex Tillerson to initiate a probe into reports that US missions abroad intervene in the domestic affairs of other countries, supporting left-wing political groups.

© AP Photo / Kin Cheung
Enough is Enough: European Governments Move Against Soros NGOs
MOSCOW (Sputnik) — According to the letter published on Tuesday, funds distributed through US Agency for International Development (USAID) programs in Albania and Macedonia were used to intervene in party politics, as well as "in the shaping of its media environment and civil society, often favoring left-leaning political groups over others."

The activity was pushed by groups associated with the USAID and George Soros’ Open Society Foundations, the lawmakers added.

The senators warned against the destabilizing effects of such actions, especially as Albania is holding parliamentary elections in June 2017.

"We respectfully ask that you use your authority to investigate all funds associated with promoting democracy and governance and review the programs, accounts, and multiplicity of U.S. entities involved in such activities. We must take this critical moment – at the start of a new administration – to review how all our tax dollars are being utilized in order to halt activities that are fomenting political unrest, disrespecting national sovereignty and civil society, and ultimately undermining our attempts to build beneficial international relationships," the letter said.

© AFP 2021 / ERIC PIERMONT
'He is Working to Destroy Our Country': Over 9,000 People Sign Petition Urging Trump to Expel Soros From US
The letter was signed by six Republican senators from six different states, including Ted Cruz, a senator from Texas and a former candidate for the Republican nomination in the 2016 presidential election.

The USAID is a government agency created in 1961 by then-President John Kennedy. The primary goal of the agency is to administer civilian foreign aid and to "enable resilient, democratic societies to realize their potentials."

The Open Society Foundations (OSF) is an international grant-making network with branches in 37 countries. Its work is aimed at building "vibrant and tolerant societies whose governments are accountable and open to the participation of all people." Founded in 1979, the foundation expenditures over the past three decades amounted to more than $13 billion.