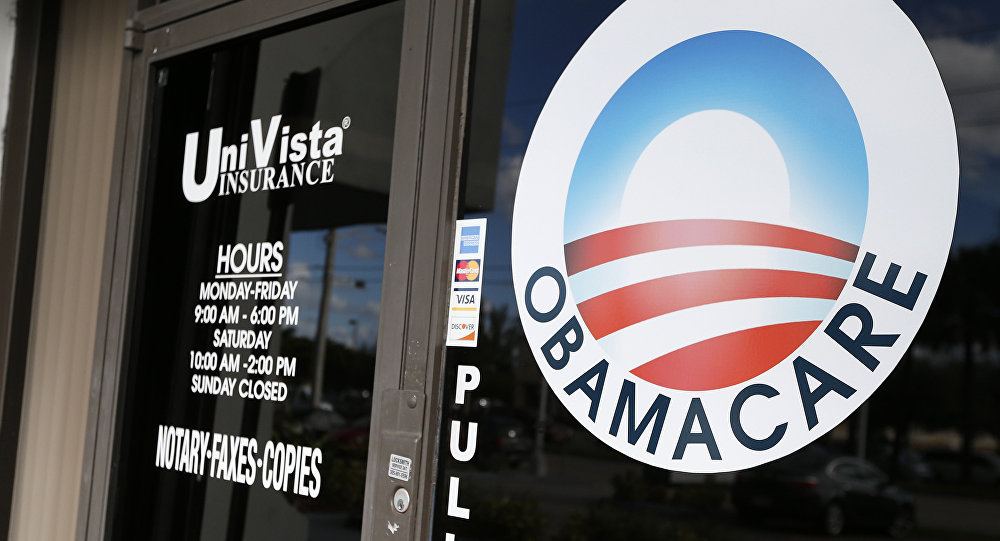 Individuals who closed their businesses, lost health insurance or were forced to take on second and third jobs due to rising premiums under Obamacare will eventually face lower healthcare costs as reforms enable greater competition, but with a year-or-two delay before they kick in, President Donald Trump said on Monday.

WASHINGTON (Sputnik) — Trump predicted a delay of "a year or two years" before the benefits of competition will bring relief from double and triple digit yearly increases in premiums.

"More competition and less regulation will finally bring down the cost of health care and I think it will bring it down very significantly," Trump told an audience of doctors and small business owners at the White House. "Unfortunately it takes a while to get there because you have to let that marketplace kick in."

One woman described monthly premiums increasing from $500 to $1,300 before the insurance company abruptly canceled her policy. A physician explained how many of his patients had decided to forgo insurance as too expensive and instead pay a penalty.

A small business owner described having to take on a second job driving a school bus to afford insurance. A common complaint was high yearly deductibles ranging from $6,000 to $13,000 — the amount an individual pays out of pocket before insurance takes effect.

© AP Photo / Jon Elswick
US House Republicans Unveil Obamacare 'Repeal and Replace' Plan
Trump admitted that his Republican Party had put itself in a difficult position by taking on health reform so soon in his administration, but that there was no other option.

Had Republicans waited a year or two, Trump said, every insurance company would have abandoned government-run private exchanges under Obamacare and no one would be able to buy a policy.

Democrats are warning that millions of Americans will lose insurance under healthcare legislation now working its way through the Republican-led Congress.

Republicans have maintained that Obamacare is not sustainable as it has exerted too great a financial burden on businesses and individuals while concurrently reducing insurance competition and patient choice.