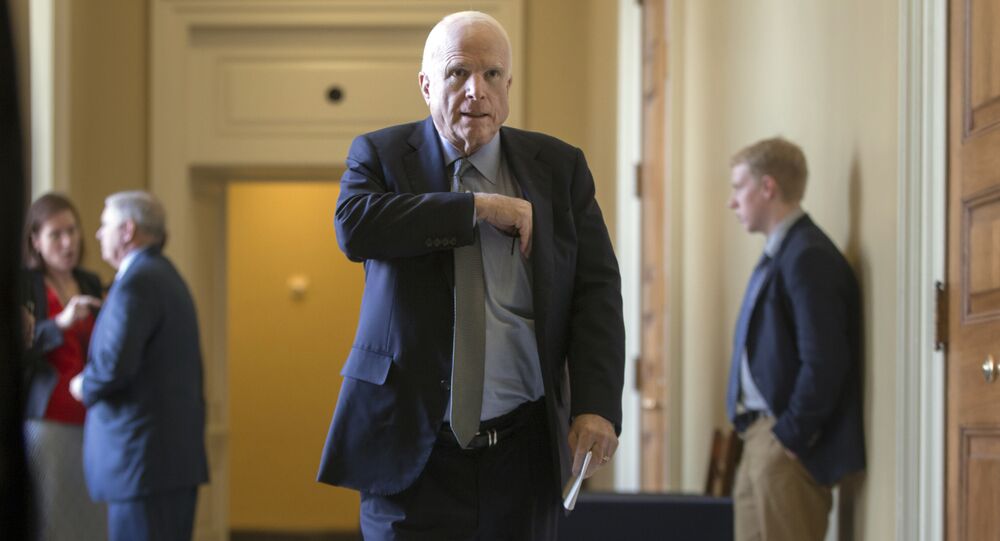 US President Donald Trump has to provide evidence that his predecessor Barack Obama ordered to wiretap his phones, US Senator John McCain said Sunday.

© AP Photo / Saul Loeb/Pool
#ObamaGate: Trump 'Strikes Back' Over Alleged Wiretapping
WASHINGTON (Sputnik) — On March 4, Trump took to Twitter to accuse Obama of having his Trump Tower headquarters' "wires tapped" prior to the 2016 presidential election, describing this as the former administration's "new low. The president went on to compare the alleged surveillance to McCarthyism and the Watergate scandal. The claims have been rejected by Obama's representative.

The senator stressed that Trump had to either retract or provide evidence, as such situation could undermine the US citizens' trust in the government.

FBI Director James Comey disputed Trump’s allegation and asked the Justice Department to publicly denounce the claim, since such wiretapping order is considered to be illegal without a court's approval.

Trump Not Planning to Withdraw Obama Wiretapping Claim Before Investigation

FBI Director Not Planning to Resign Amid Trump's Wiretapping Claims