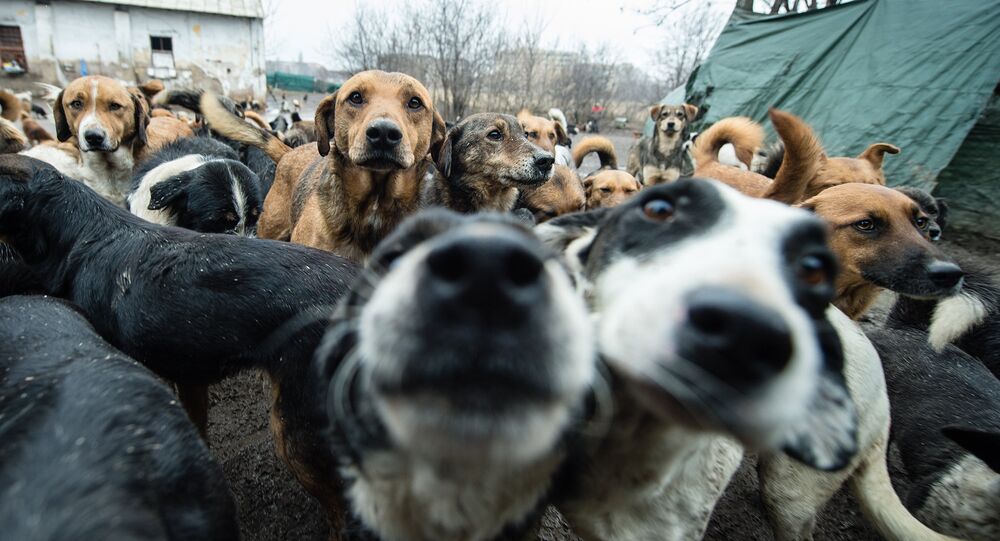 Animal rights group People for the Ethical Treatment of Animals (PETA) is being accused of hypocrisy as an industry non-profit group has accused the organization of turning one of their locations into a “slaughterhouse.”

The Center for Consumer Freedom, a Washington-based lobbyist for fast-food, meat, alcohol, and tobacco businesses, claims that PETA killed more than a 1,000 cats and dogs last year at their headquarters in Norfolk, Virginia, declaring in a news release that the group "has once again massacred scores of potentially adoptable pets."

In the past, PETA has been criticized for a high euthanasia rate, which reportedly stands at 80 percent.

Animal shelter reform advocate Nathan Winograd accused PETA of profiteering from euthanasia, writing in a January 2015 Facebook post, "How much money did PETA take in last year from unsuspecting donors who helped pay for this mass carnage? $51,933,001: $50,449,023 in contributions, $627,336 in merchandise sales, and $856,642 in interest and dividends. They finished the year with $4,551,786 more in the bank than they started, after expenses. They did not see fit to use some of that to comprehensively promote animals for adoption or to provide veterinary care for the animals who needed it."

Officials at PETA contend that if an animal becomes unadoptable, pain and illness are a worse fate than euthanasia, writing on their website, "Euthanasia is a sad reality caused by people who abandon animals, refuse to sterilize their animals, and patronize pet shops and breeders instead of adopting stray animals or animals from animal shelters."

PETA adds that, "As difficult as it may be for us to accept, euthanasia (when carried out by veterinarians or trained animal shelter professionals with a painless intravenous injection of sodium pentobarbital) is often the most compassionate and dignified way for unwanted animals to leave a world that has no place for them."

CCF’s research director Will Coggin told Fox News that he wants to expose what he claims is PETA’s duplicitous and fraudulent public image as animal rights activists. Coggin said, "PETA’s disregard for the lives of animals is disgraceful," and that, "It would be better if PETA never even touched the animals, that way [the animals] might actually have a chance at life," he said. "PETA holds itself out as a savior, but it is really just a Grim Reaper."

CCF claims that PETA killed 1,411 cats and dogs last year, and that overall the organization kills nearly 72 percent of the animals in their care.