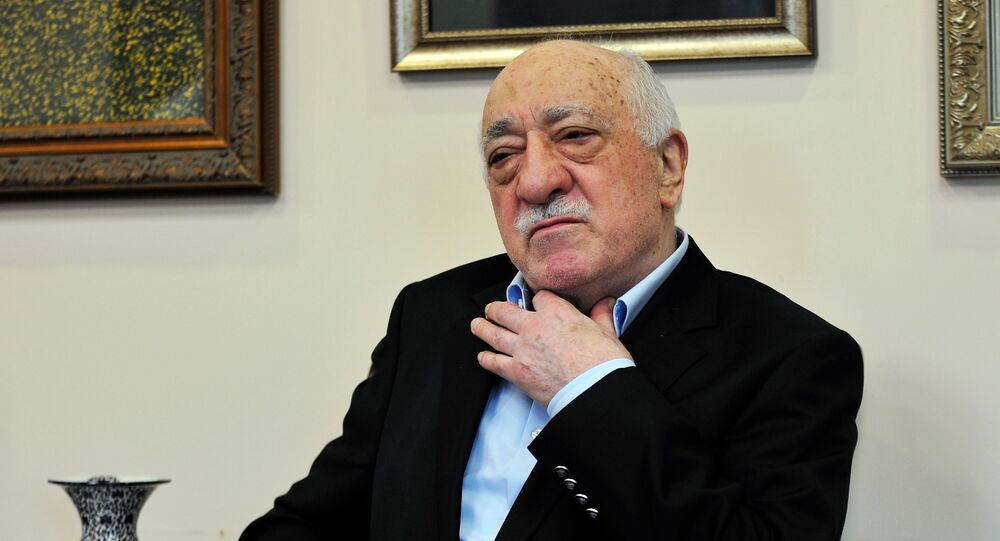 Former US National Security Adviser Michael Flynn was reportedly involved in carrying out research on exiled Islamic cleric Fethullah Gulen that may have benefited the Turkish government.

© AP Photo / Selahattin Sevi, File
Birds of a Feather: What Made Gulen Erdogan's Archenemy
MOSCOW (Sputnik) — Flynn has registered Flynn Intel Group, a now-defunct firm, with the Justice Department as required by the Foreign Agents Registration Act (FARA) after it had carried out work for firm owned by a Turkish national with links to Turkish institutions, The Hill reported on Wednesday.

The work for European-based Inovo BV, owned by Kamil Alptekin, involved an investigation into Gulen and the production of a film featuring interviews with unnamed people, but has never been finished or released, according to the outlet.

Flynn Intel Group received a total of $530,000 for the work, which was conducted between August and November, thus covering Flynn's run as the then-Republican presidential candidate Donald Trump's campaign military adviser.

Alptekin, while not linked to the Turkish government, is the chairman of the Turkish-American Business Council, a body affiliated to the Foreign Economic Relations Board of Turkey.

© AP Photo / John Locher
Flynn's Ouster: Trump's Opponents Seek to Tear Apart His Cabinet Brick by Brick
The businessman's lawyers said in the disclosure that he was not an agent of the Turkish government, as the Foreign Economic Relations Board was staffed by people appointed by the parliament and the economic minister.

Gulen, who has been living in the United States since 1999, is blamed by the Turkish government for organizing the July 15 attempted military coup. Turkey has sought the cleric's extradition. In November 2016, Flynn wrote an article arguing that Turkey needed US support as a security provider for the Middle East as well as accusing Gulen of being an extremist.

In February, Flynn announced his resignation after media reports that he had misled the Trump administration about the extent of his talks with Russian officials.