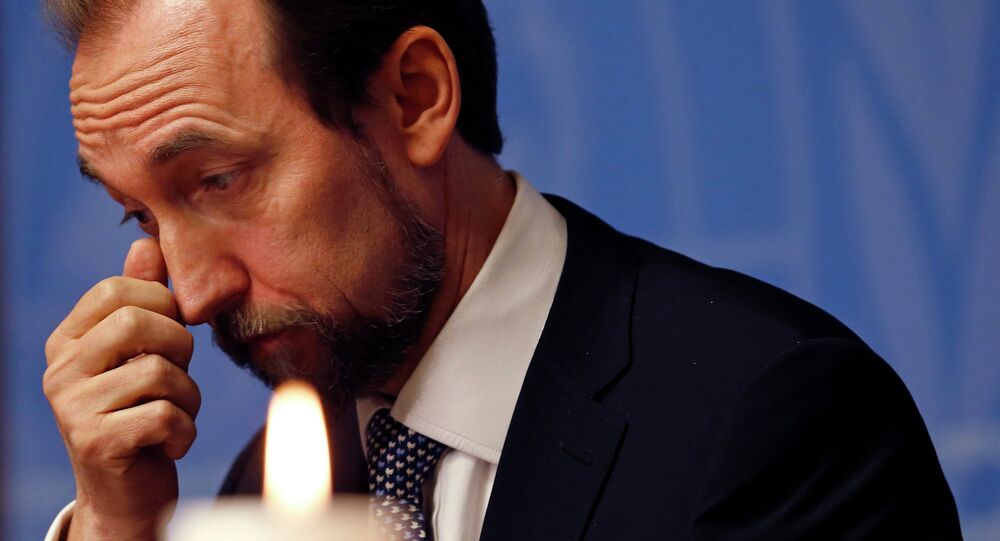 UN High Commissioner for Human Rights said that immigration policy of US President Donald Trump could result in mass deportations and detentions.

"Vilification of entire groups such as Mexicans and Muslims, and false claims that migrants commit more crimes than US citizens, are harmful and fuel xenophobic abuses… I am also concerned about new immigration policies that ban admission of people from six predominantly Muslim countries for 90 days, as well as policies which greatly expand the number of migrants at immediate risk of deportation – without regard for years spent in the US or family roots," Zeid said.

The official added that he was concerned that the US policy could result in an increase in the number of detentions, including of children.

Trump has been repeatedly criticized by international organizations and officials for his controversial statements on the issue of migration. On Monday, the US president signed an executive order on immigration that blocks individuals from six Muslim-majority countries from entering the United States, as well as suspends the Refugees Admissions program for the next 120 days. Trump's move came soon after yet another executive order on immigration, which have been halted by a federal judge in Seattle on February 3.

US Coast Guard: Over 100 Migrants Returned to Cuba in Past 10 Days