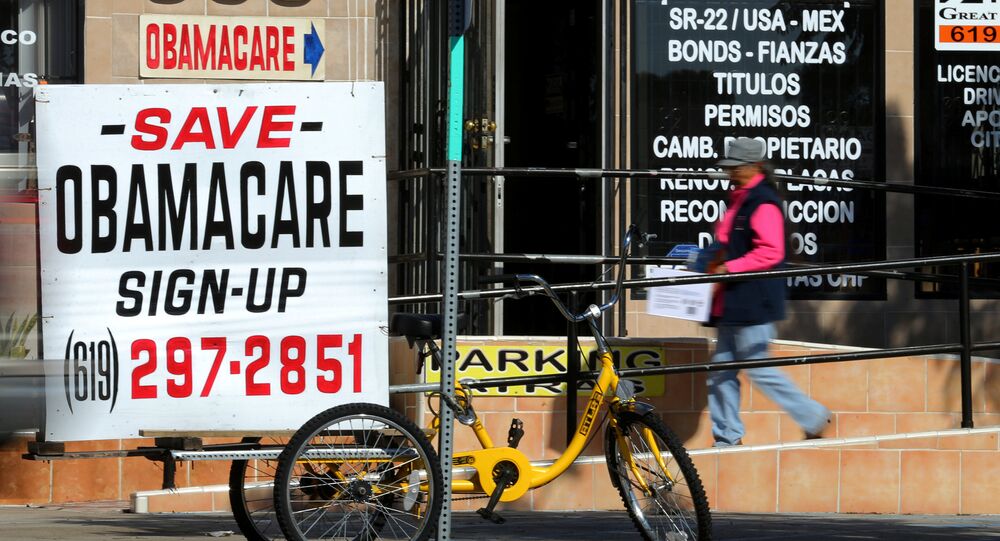 President Donald Trump administration has officially supported a new healthcare bill drafted by US Republicans, Secretary of Health and Human Services Tom Price said in a letter to the Committee on Energy and Commerce on Monday.

"Your legislative proposals are consistent with the President's commitment to repeal the Affordable Care Act; provide advanceable, refundable tax credits for Americans who do not already receive such tax benefits through health insurance offered by their employers," Price stated in the letter.

Despite immediate criticism of the legislation by Democrats, Price underlined that the new bill would provide access to quality healthcare and ensure that people with pre-existing conditions are well-protected.

The Health Department secretary added that the Republicans' proposal would enable patients to make their own decisions with regards to health insurance and the use of health savings accounts.

Congressional Republicans, but also President Donald Trump, have made the repeal of Obamacare, former President Barack Obama’s signature health reform initiative, priority since it was first passed in 2011.