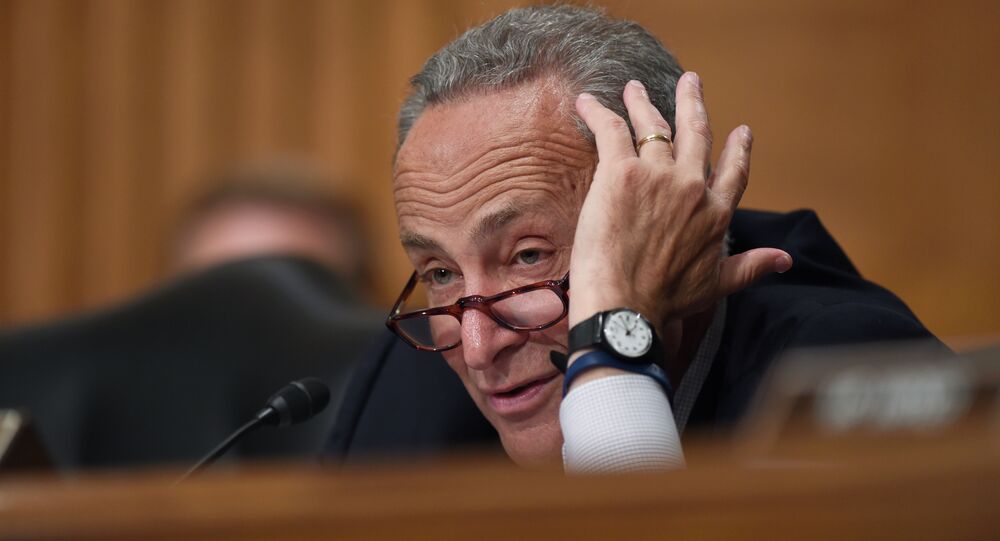 © AP Photo / Jim Lo Scalzo/Pool Image
New Trump Immigration Order Shares Same 'Fatal Flaws' as Previous - Rights Group
WASHINGTON (Sputnik) — The new executive order signed by Trump on Monday bans all immigration from six majority-Muslim countries for the next 90 days, and bans all refugees from entering the US for 120 days.

The Department of Homeland Security explained that for the next 90 days, foreign nationals from Sudan, Syria, Iran, Libya, Somalia and Yemen who are outside the United States without a valid entry visa when the order takes effect are not eligible to travel to the country.

"A watered down ban is still a ban. Despite the Administration's changes, this dangerous executive order makes us less safe, not more, it is mean-spirited, and un-American. It must be repealed," Schumer stated.

Schumer argued that the new executive action would be challenged in the US courts as the previous version had. The senator added that no editing could change the essential idea of Trump's order, which could lead to extreme fear and uncertainty for thousands of immigrants.