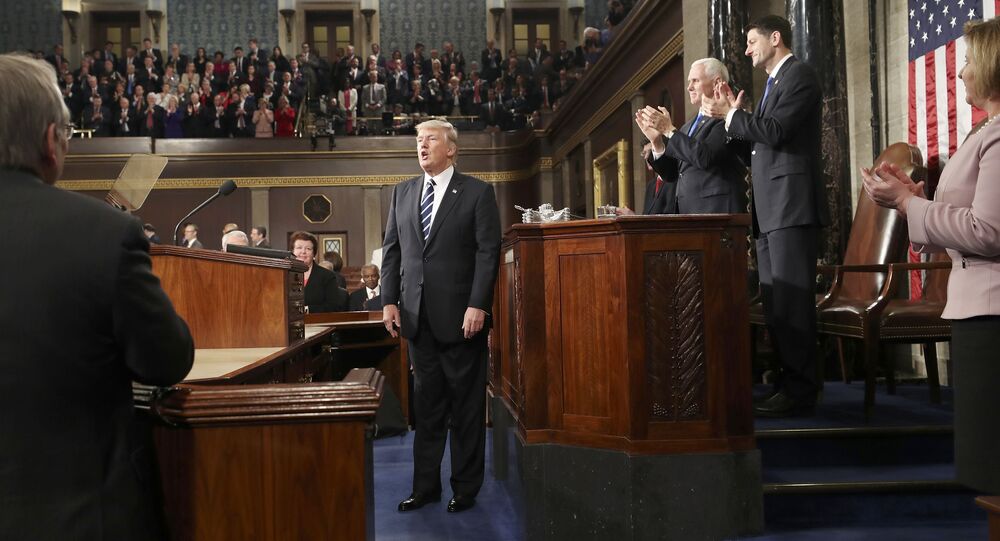 The US House of Representatives Intelligence Committee will carry out an investigation into President Donald Trump's "wiretapping" accusations against his predecessor Barack Obama, committee Chair Devin Nunes said Sunday.

MOSCOW (Sputnik) — On Saturday, Trump took to Twitter to accuse Obama of having his Trump Tower headquarters' "wires tapped" prior to the 2016 presidential election, describing this as the former administration's "new low."

​The president went on to compare the alleged surveillance to McCarthyism and the Watergate scandal. The claims have been rejected by Obama's representative.

​"One of the focus points of the House Intelligence Committee's investigation is the U.S. government's response to actions taken by Russian intelligence agents during the presidential campaign. As such, the Committee will make inquiries into whether the government was conducting surveillance activities on any political party’s campaign officials or surrogates, and we will continue to investigate this issue if the evidence warrants it," Nunes said, as quoted in a committee statement.

© AP Photo / Evan Vucci
Former US Intel Chief Clapper Rejects Trump’s Wire-Tap Claims
The statement comes after Trump asked congressional intelligence committees to look into "politically motivated" investigations conducted by the previous administration in the run up to last year's election. The White House statement said this should be carried out as part of the investigation into alleged Russian meddling in the election.

The Trump administration has been dogged by accusations of having links to the Russian government, which was accused last year of organizing damning leaks of Democratic Party emails that marred Hillary Clinton’s presidential campaign.

Will The Democrats' Russia-Trump Narrative Pay Off?