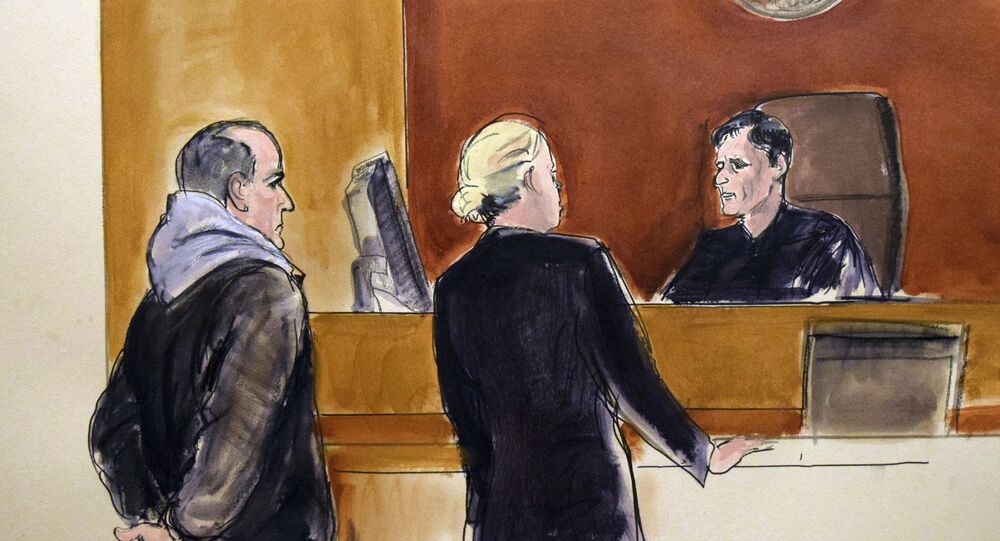 An American man from Long Island was arrested by the FBI Friday for allegedly trying to join Daesh - more than once.

Elvis Redzepagic, 26, a US citizen who lives in the small New York town of Commack with his parents, is accused of trying to join violent jihadist groups twice in the past two years, attempting to enter Syria via Turkey in 2015 and trying again to cross via Jordan in 2016, according to reports. He was deported by authorities in Jordan in 2016.

Redzepagic didn't make the trips on a whim — he had been in contact with an individual he says is his cousin, who he believed to be a battalion commander of either al Nusra front or Daesh in Syria, the New York Times reports. Both are designated terrorist groups by the US government.

"Redzepagic, a US citizen living in Long Island, made multiple attempts to join [Daesh] or al-Nusra Front in Syria where he wanted to engage in violent jihad, which could have resulted in the death of countless individuals" Angel Melendez, special agent in charge with Homeland Security Investigation, explained, according to a local CBS report.

"This arrest underscores the importance of cooperation between law enforcement agencies across the globe in identifying and bringing these extremists to justice before they are able to commit terrorist attacks."

Redzepagic had apparently been arrested in Long Island February 2 on an unrelated charge. When police took him into custody, he reportedly told them, "I'm going to leave this country, and I'm going to come back with an Army — Islam is coming," according to the federal court complaint.

His comments led the Long Island police to notify federal authorities, who reached out to speak with him further. Redzepagic was apparently willing to speak and gave agents access to his cell phone and social media accounts.

There, they found instances of Redzepagic discussing his plans to join terrorist groups to perform jihad, which he described as to "fight for the sake of God" and "die for the sake of Allah."

"Since I got back from Turkey from trying to perform jihad and join Jabhat al-Nusra the CIA has been bothering me," he allegedly wrote in a Facebook message from October 2015, the Washington Times reports. "It's annoying but I out smarted them." He apparently also told investigators that he would be willing to "strap a bomb on" and "sacrifice himself" for jihad."

Redzepagic told a terrorism task force that he admired the American-born Al Qaeda mouthpiece Anwar al-Awlaki, who was killed by a US drone strike in 2011, the New York Times reported. (Two of al-Awlaki's children have also been killed in US military actions.)

Redzepagic is being held without bail following his initial court appearance in Brooklyn on March 4. One of his attorneys, Mildred Whalen, notes that he has been fully cooperative with law enforcement. In an email, she said, "We will be working with his family in the hope that the court and the government will see that what he needs is counseling and support, not imprisonment," according to the New York Times.

"This defendant made numerous attempts to travel to Syria to wage violent jihad," US Attorney in Brooklyn Robert Capers said in a statement. "We will continue to track down and prosecute individuals like the defendant before they are able to become foreign fighters or harm the United States and its allies."

Redzepagic is being held without bail on charges of attempting to provide material support to a foreign terrorist organization.

Local news organization News 12 Long Island reports that a neighbor who had spent time with Redzepagic told them the suspect had called himself "a terrorist." The neighbor thought he was joking.

Not Syrians Only: HNC Member Says Entire World Must Stand Up Against Terrorism