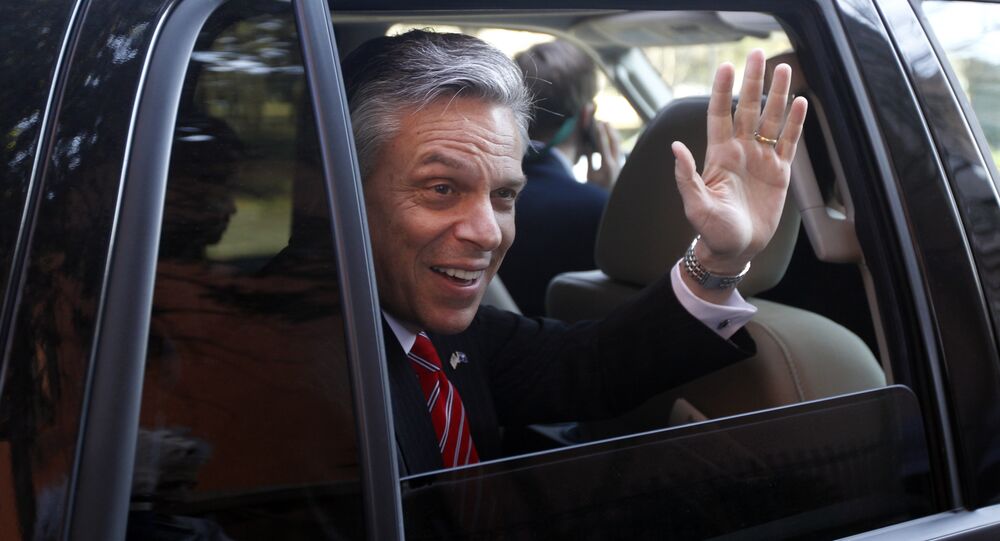 © AFP 2021 / MANDEL NGAN
US Attorney General Allegedly Contacted Russian Ambassador to US Twice in 2016
Earlier this week, the US media reported that the White House is considering former Utah governor and ambassador to China Jon Huntsman as the next US ambassador to Russia.

According to Norberg, Huntsman's appointment as US ambassador to Russia would be a clever move on the part of the United States. Huntsman is a very experienced candidate whose career includes working in the administrations of five US Presidents.

"Huntsman, former Utah governor and US ambassador to Singapore and China, would be a very strong choice as ambassador to Russia," the expert told Sputnik. "Huntsman is not known as an expert on Russia, but he is certainly well informed in the field of international relations and is an excellent negotiator and experienced diplomat."

Norberg expects that Huntsman will receive broad support in the US Senate.

"In the period when relations between the two countries are difficult, we need such an outstanding ambassador in Moscow as John Huntsman," Norberg concluded.

© AFP 2021 / Alexander NEMENOV
Ex-Utah Governor Jon Huntsman Considered for US Ambassador to Russia
Huntsman has had a long and successful diplomatic career. At the age of 32, he became the youngest US Ambassador in 100 years, heading the diplomatic mission in Singapore. In 2004, Huntsman won the gubernatorial election in Utah, and four years later, then-US President Barack Obama appointed him to the post of US ambassador to China.

In the 2012 election, he ran for the US Presidency, but failed in the Republican Party primaries; he then endorsed fellow Mormon Mitt Romney, a distant relative, who eventually lost the election to incumbent Democrat Barack Obama.

Zakharova Warns US Ambassador About Risks of Talking to Russian Diplomats