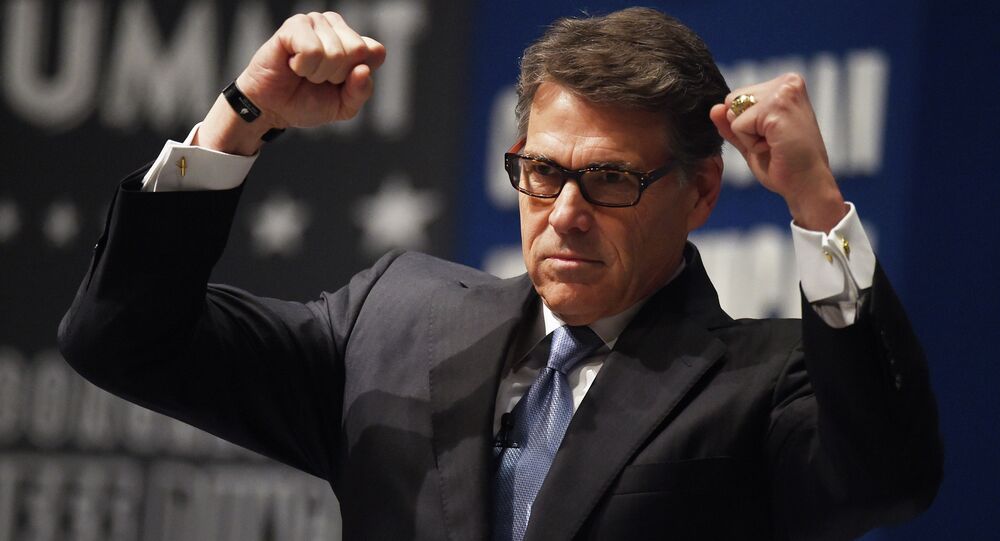 Former Texas Governor Rick Perry was sworn-in by Vice President Mike Pence to be the new US secretary of energy.

WASHINGTON (Sputnik) — Perry took the oath inside the vice president's ceremonial office on Thursday evening after the US Senate confirmed his nomination in a 62-37 vote.

"Being in this room today and seeing this group of former rivals who are now on the same team making America great again gives me great joy," Perry said on Thursday evening.

Dancing With Stars to Watching US Nuclear Arsenal: A Rick Perry Story
Trump officially picked Perry for the post in December. As a nominee the ex-governor said he was looking forward to developing an energy policy that creates jobs and puts America first.

In 2015, Perry took part in the 2016 presidential race, but pulled out his candidacy from the run, as he failed to gain traction among voters.

Perry will oversee the security of the US nuclear weapons, the nuclear deal with Iran, as well as climate change policies among other issues as energy secretary.

Ben Carson was also sworn-in on Thursday to serve as the new secretary of the Department of Housing and Urban Development.