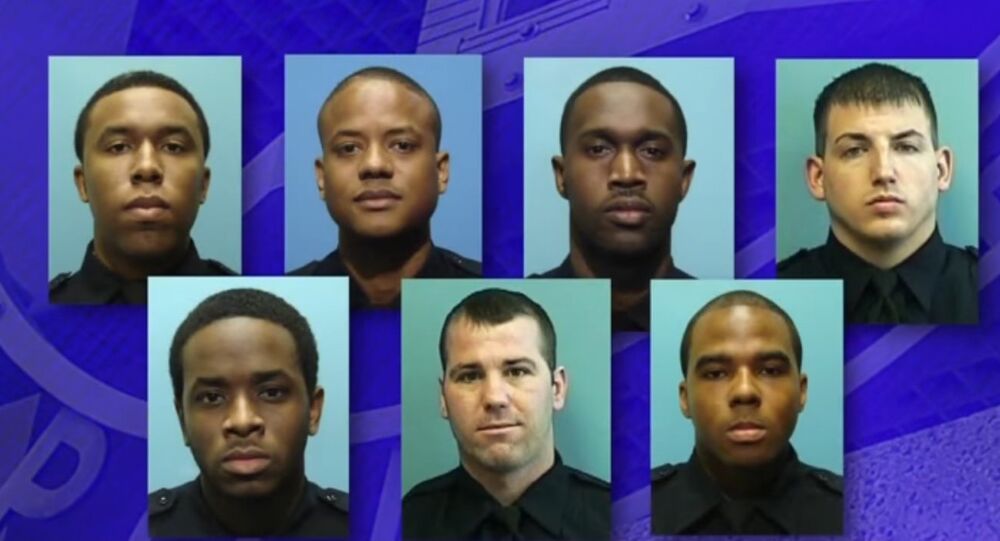 On Wednesday seven Baltimore police officers were arrested on racketeering charges, for extorting or stealing up to $200,000 from their victims. Prosecutors say the cops also stole drugs and weapons.

These incidents are alleged to have taken place in 2015, while the Baltimore Police Department was under national scrutiny during a civil rights investigation prompted by the death of 25-year-old Freddie Gray while in police custody. Gray’s death sparked intense protests in Baltimore, and around the US, as it was identified as part of a pattern of police killing African Americans with impunity.

All of the implicated officers were part of gun-investigation units that stole cash, ranging from $200 to $200,000, from victims along with guns and drugs.

In one incident four officers confiscated $21,500 and a stash of drugs after making a traffic stop, but only $15,000 of the evidence was turned in. Another instance saw $2,000 stolen from a man leaving a storage facility carrying $4,800. Afterwards the detectives lied, falsely claiming that they  had a search warrant. A recorded telephone conversation revealed one of the officers saying they had "taxed" the victim "a little bit."

US Attorney Rod Rosenstein told reporters,"These are really simply robberies by people wearing police uniforms," adding that the investigation was part of a federal Drug Enforcement Administration probe into a drug ring that began about a year ago.

"Reform isn't always a pretty thing to watch unfold, but it's necessary in our journey toward a police department our City deserves," said Police Commissioner Kevin Davis.

Davis added, "These are 1930's style gangsters as far as I'm concerned…This is a punch in the gut for the Baltimore Police Department."

Gene Ryan, who heads Baltimore’s Fraternal Order of Police said he was "very disturbed" by the charges.

Each count carries a maximum sentence of 20 years in prison.

Activist Deray McKesson was encouraged by the arrests, saying, "It is promising to see the beginning of accountability being applied to the Baltimore Police Department…The indictments confirm what activists and community members have been saying for decades."