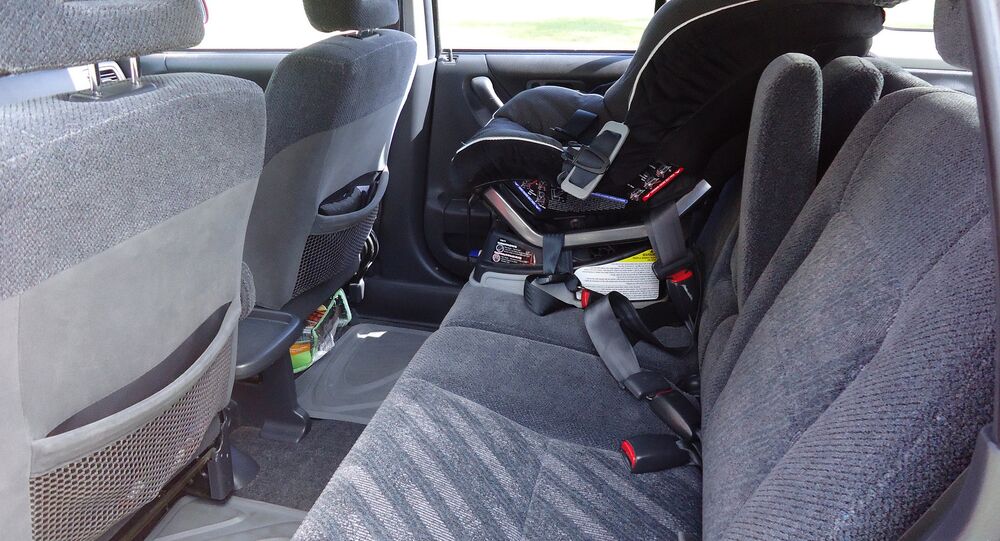 Two dads in Tampa, Florida, have created a device aimed to prevent parents from leaving children in hot cars, and are hoping it will become mandatory.

Viral Video
Near Miss: Cameraman Defies Death in Race Car Crash
There have been 702 documented vehicular heatstroke deaths of children in the US since 1998, with Florida ranked second in the list of states with the largest number of fatalities.

Two children have already died in 2017 after being forgotten in a car by a caregiver, and both tragedies occurred in Florida. In the latest incident that took place on Tuesday, a two-year-old boy died after being left by his half-sister in a hot SUV outside a shopping plaza in Brandon for five hours.

But two Tampa residents, Fadi Shamma and Jim Friedman, fathers themselves, have come up with a solution to prevent parents from forgetting to check their child's car seat when they leave the vehicle.

LiveLeaks / Tello1980
Lucky Escape: Biker Cheats Death During Car Crash
The two neighbors invented a device they call Sense A Life. It's a wireless car sensor system with two small pads. One gets fastened to the child's seat and activates when as little as two pounds is placed on it, and the other is installed under the driver's seat and registers when the driver's door is opened.

Once the driver exits the vehicle, a voice message reminds them that there is a child in the car. If for some reason the driver ignores the notification and closes the door, they receive an additional mobile alert on their phone to remove the child from the vehicle.

If the driver does not remove the child from the seat within one minute, the system sends another mobile alert to a designated emergency contact.

"It can happen to anyone at any time. All it takes is less than five minutes for something dangerous to happen," Shamma said.

"If [the device] saves just one life, I'm happy. Just one life is worth all that we're doing."

Shamma, with a medical background, and Friedman, an electrical engineer, designed multiple prototypes over the course of a year before arriving at a functional marketable product.

The creators of Sense A Life are also working with a national organization, KidsAndCars.org, advocating for passage of a federal law that would mandate such devices be built into all new cars.