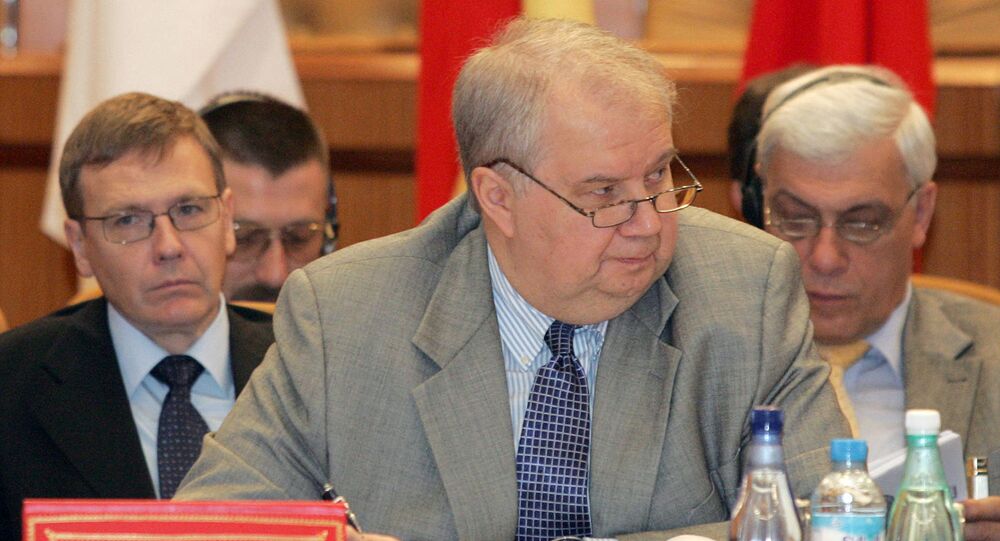 US intelligence bodies consider that Russian Ambassador to the United States Sergei Kislyak could be a spy, due to his alleged association with Russian secret services.

MOSCOW (Sputnik) — According to the CNN broadcaster, citing US government officials, US intelligence considered Kislyak to be a "top spy" and "spy-recruiter."

© AP Photo / John Locher
Flynn's Ouster: Trump's Opponents Seek to Tear Apart His Cabinet Brick by Brick
The media outlet added that the ambassador's alleged "proximity" to Moscow's intelligence was one of the potential reasons why former US National Security Adviser Michael Flynn was in contact with Kislyak before his resignation.

US media have recently mentioned Kislyak in the context of the diplomat's alleged ties with the representatives of the incumbent US administration before the victory of Donald Trump in the 2016 presidential elections.

In February, Flynn resigned after media reported that he had misled senior US officials about the extent of his talks with Russian ambassador to the United States on anti-Russia sanctions.

On Wednesday, The Washington Post reported that US Attorney General Jeff Sessions had contacts with Kislyak in 2016, when the US official was a member of the Armed Services Committee.