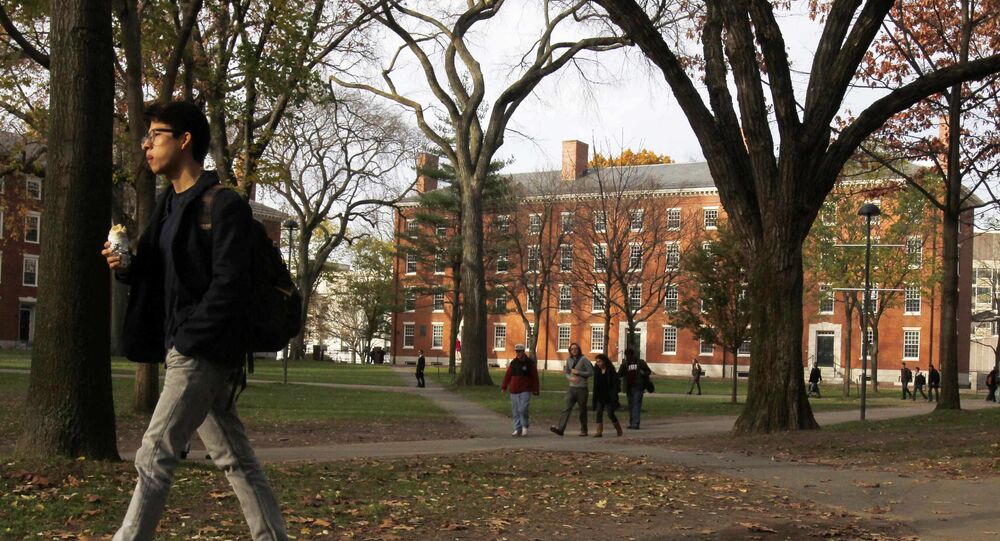 Harvard administrators do not typically steal money, but when they do, they do it with class.

© AFP 2021 / BRENDAN SMIALOWSKI
Harvard Diagnoses What's Wrong With the US Economy - 'It’s Structural'
Two former Harvard Law School administrators are accused of stealing a six-figure amount of money intended for disabled students at the school. The two employees, Meg DeMarco and Darris Saylors, reportedly stole about $110,000 from the school by using a mobile card reader, transferring the money to personal accounts.

Before they got caught, the two used their plunder to buy computers, DVDs, cell phones, media players, jewelry, and, wait for it, battery-operated sex toys. According to police reports, the two embezzlers labeled their purchases as "textbooks for disabilities accommodations," among other innocent-looking descriptions in school ledgers.

The school's new budget manager reportedly discovered the crime during an examination of November 2013 records and turned to police for investigation.

"Hearing this is just outrageous and extremely upsetting," said Elsie Tellier, who is affiliated with the Harvard College Disability Alliance. "I really hope this is a wake-up call for Harvard to take better account of where the money is going."

Both Meg DeMarco and Darris Saylors quit their jobs after being confronted by police over the missing funds. When asked about the theft, DeMarco admitted "making mistakes" before reporters.

"It was a big job and I made mistakes," she told CBS. "I never intended to harm the university. I'm very sorry and will do everything in my power to rectify the situation."

The official charges will be presented to the two at Cambridge District Court on March 1st.

The Harvard Law School will reportedly tighten security as a result of the events.

"As a result of this matter, the Law School implemented additional layers of controls governing the use of its credit accounts and purchasing protocols," according to a school statement.