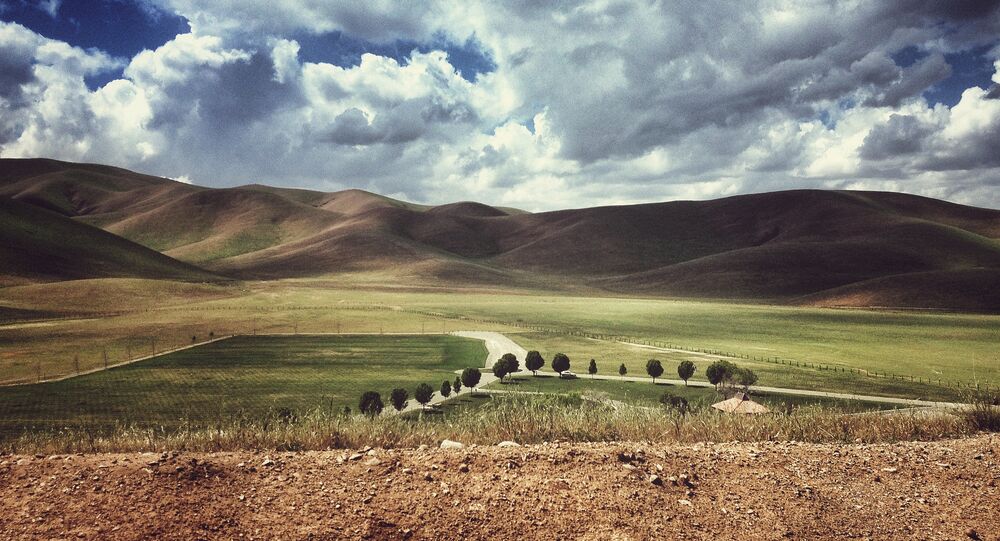 Going Down: NASA Warns That California is Sinking Into the Ground

NASA satellite observations have revealed that large swathes of land in northern California are sinking at an alarming rate.

According to the study's authors, this subsidence process has been caused by excessive groundwater pumping, which has continued unabated since 1920s, with some areas sinking by up to 28 feet over the course of the past century.

It should be noted that California suffers from a historic drought that started several years ago and which further exacerbates the problem, as local farmers depend on excessive groundwater pumping to sustain their crops during droughts.

The scientists have identified two areas, the so called subsidence bowls, in the vicinity of the towns of Chowchilla and Corcoran respectively, each of them covering hundreds of square miles and growing wider and deeper. During the past year, the ground at the Corcoran ‘bowl’ sunk by almost two feet while a subsidence of about 16 inches was detected near Chowchilla.

Also, a 7-mile area near Tranquility in Fresno County has sunk by 20 inches during the same period of time, and small amounts of land subsidence were also detected in the Sacramento Valley and the Sierra Valley.

The JPL scientists noted that subsidence in some areas of the San Joaquin Valley has slowed down during the winter of 2015-2016, when rainfall matched crop water needs.

"While we can see the effect that rain has on subsidence, we know that we've run a groundwater deficit for some time, so it'll take a long time to refill those reservoirs," JPL report co-author Tom Farr said.

Furthermore, land subsidence is having an adverse effect on water supply routes in California, like the California Aqueduct and Eastside Bypass, as water project operators must reduce flows in the sections that have sunk in order to avoid overtopping the banks.

"The rates of San Joaquin Valley subsidence documented since 2014 by NASA are troubling and unsustainable. Subsidence has long plagued certain regions of California. But the current rates jeopardize infrastructure serving millions of people. Groundwater pumping now puts at risk the very system that brings water to the San Joaquin Valley. The situation is untenable," California Department of Water Resources Director William Coyle said.