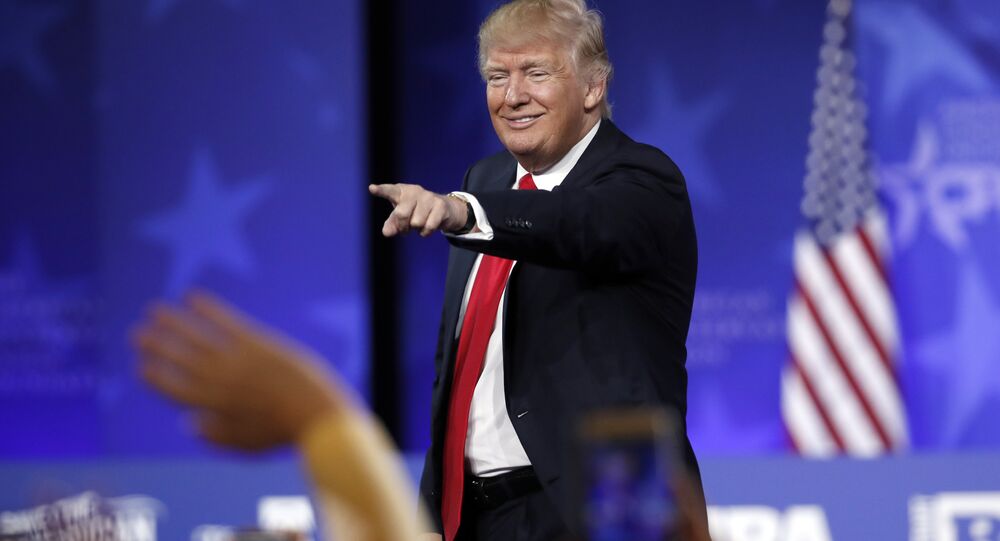 US President Donald Trump is open to conversations on immigration reform legislation and may raise the issue in his address to Congress, Principal Deputy White House Press Secretary Sarah Huckabee Sanders told reporters.

WASHINGTON (Sputnik) — Trump has been a vocal opponent to any types of immigration reforms. Reports last month that he might be open to reviving the legislation were flatly denied by White House Press Secretary Sean Spicer.

“I do think you can expect immigration to be mentioned,” Sanders said on Tuesday when asked if Trump is open to an immigration bill that could include a pathway to citizenship for illegal immigrants already in the United States. "I do know the President has been very clear… that the immigration system is broken, it needs massive reform, and he's made clear that he's open to having conversions about that moving forward.”

Sanders added that Trump is focused on making sure that immigration and border security policies focus on protecting Americans from crime and terrorism, but that he is interested in legislation as well.

The 2013 immigration reform bill sponsored by the US Senate “Gang of 8” would have provided a path to legal residence and eventually citizenship for illegal immigrants already in the United States upon implementation of border security and visa tracking improvements, and after all legal immigrants then waiting had received legal status. The bill passed the Senate but expired at the end of 2014, having never received a vote in the House of Representatives.

But reports by members of the media who participated in a private lunch with Trump on Tuesday suggested that the topic of such a bill could come up in tonight’s speech in addition to discussion of a new executive order on border security.