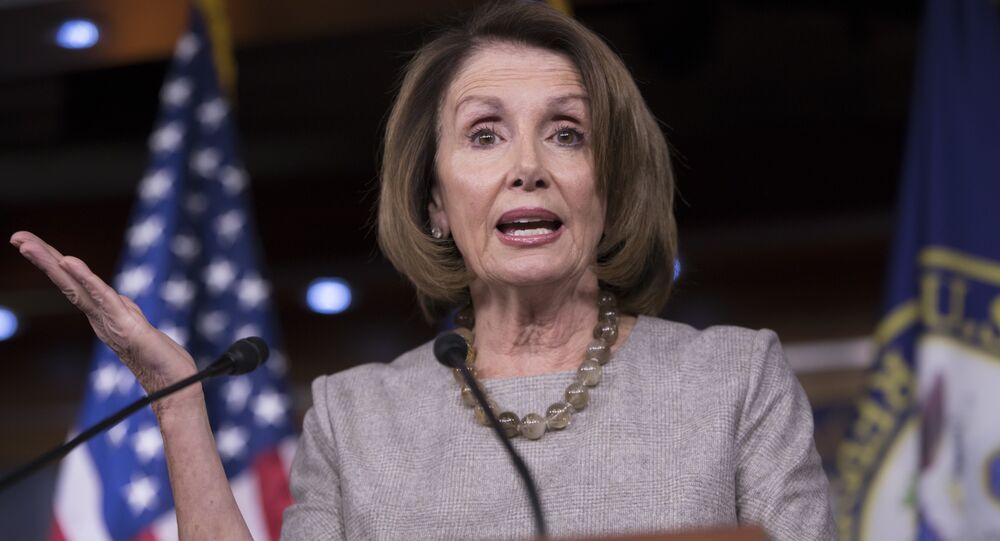 US House Minority Leader Nancy Pelosi stated that Republicans in the US Congress made themselves accomplices to hiding President Trump’s tax returns from the American people.

© CC BY 2.0 / Roman Boed / The US Treasury Department
US House Committee Votes Not to Request Trump's Tax Returns From Treasury
WASHINGTON (Sputnik) — Republicans in the US Congress have helped President Donald Trump avoid disclosing his tax returns by rejecting a resolution calling for their immediate disclosure, House Minority Leader Nancy Pelosi said in a statement on Tuesday.

Pelosi added the resolution would help US authorities investigate the Trump administration’s alleged connections with Russia.

© REUTERS / Carlos Barria
Number of Signatories of Petition on Trump Tax Records Release Tops 600,000
She argued that Republicans should not be afraid of making the returns public if they contain no information on the president’s possible deals with Moscow.

On February 17, Congressman Bill Pascrell and 45 other members of the House and Senate introduced a bill demanding Trump publicly disclose any foreign assets, income and liabilities before beginning trade negotiations.