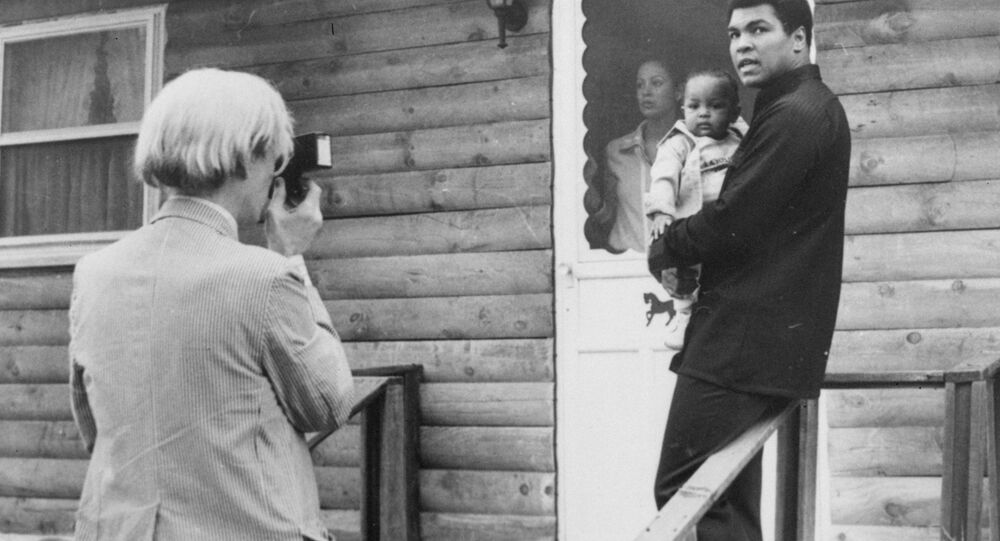 The son of beloved American boxer Muhammad Ali was detained hours at a Florida airport this month, a family friend reports, because the name he shares with his legendary father sounds awfully Muslim.

"Where did you get your name from?" and "Are you Muslim?" are some of the questions Muhammad Ali Jr. was asked by immigration officials for nearly two hours.

Ali Jr. and his mother, Khalilah Camacho-Ali, the second wife of the late boxer, were pulled out of a customs line at Fort Lauderdale-Hollywood International Airport Feb. 7, family friend and lawyer Chris Mancini told the Louisville Courier-Journal. They were returning from a Black History month event in Jamaica.

Camacho-Ali showed immigration officials a photo of herself and her late husband and was quickly let go, but her son had no such luck. When Ali Jr. told officers he was indeed Muslim, they continued to question him about his religion — despite the fact that he was born in Philadelphia and was traveling on a valid US passport.

"From the way they were treated, from what was said to them, they can come up with no other rational explanation except they fell into a profiling program run by customs, which is designed to obtain information from anyone who says they're a Muslim," Mancini told Time Magazine. "It's quite clear that what triggered his detention was his Arabic name and his religion."

This was the first time either had been stopped, despite traveling often, he said.

US President Trump last month issued his infamous executive order halting all US refugee programs and banning immigration from seven mostly Muslim countries. The order has been temporarily blocked, but the White House promises a new one is on the way.

US Customs and Border Protection spokesman Daniel Hetlage would not speak in detail about the incident, but he told the Louisville paper that his agency does not discriminate on the basis of religion or other criteria.

"We treat all travelers with respect and sensitivity," he said. "Integrity is our cornerstone. We are guided by the highest ethical and moral principles."

The Ali family may not agree. They are considering filing a lawsuit, Mancini says, and are looking for other travelers who have suffered similar treatment.

"Imagine walking into an airport and being asked about your religion," Mancini said. "This is classic customs profiling."

Ali Jr. isn't the only one to have been snared by a hair-trigger border control. A British soldier honored for his bravery was detained and humiliated, he says, while Trump's travel ban remained in effect, as was the former prime minister of Norway, because his diplomatic passport showed a stamp from Iran.

Hate Crimes Spike in the US; Government Increases Muslim Spying

Should Other Countries Implement a So-Called 'Muslim Ban'?