Facebook has made a significant donation to the Conservative Political Action Conference (CPAC) taking place in Maryland this week. 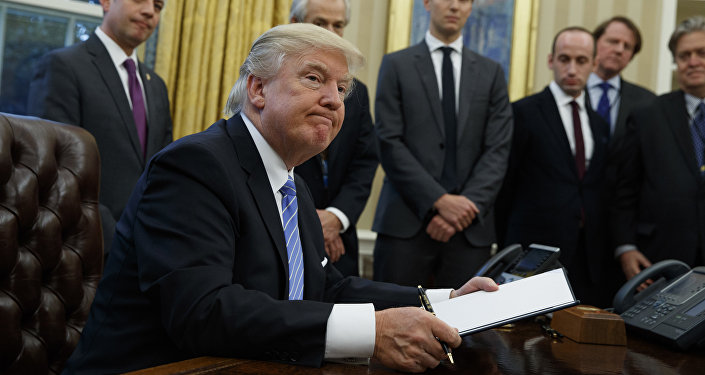 © AP Photo / Evan Vucci
Malala, Zuckerberg React to Trump’s US Immigration Ban
Dr. Robert Epstein, senior research psychologist at the American Institute for Behavioral Research and Technology, told Radio Sputnik's Brian Becker that, by donating $62,500 in cash (as well as an additional $62,500 of in-kind logistical support) to the annual conservative gathering, Facebook CEO Mark Zuckerberg is trying to make up for the last year's mistake when fake news was deluged upon Facebook users just before the election.

© Photo : Pixabay
Google Files Fourth Lawsuit Against Russian Anti-Monopoly Service
"And what Zuckerberg is doing now is trying to teach conservatives how to use Facebook to reach their constituencies, and that also makes money for Facebook."