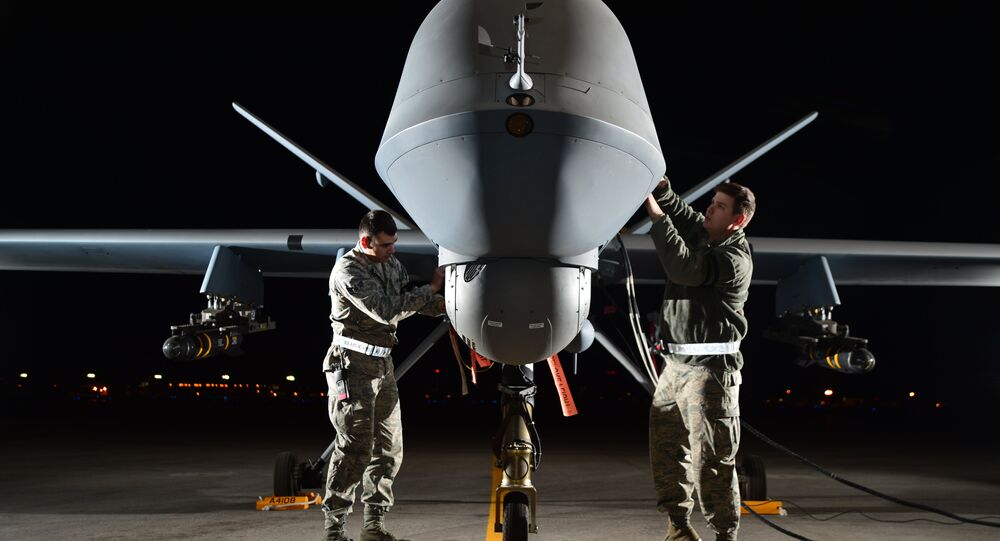 The US Air Force said that it is retiring the 21-year-old MQ-1 Predator drone and is transitioning to the MQ-9 Reaper.

Ex-US Drone Operator Brandon Bryant Describes Life as a Predator Pilot
WASHINGTON (Sputnik) — The US Air Force announced in a press release on Friday it is retiring the 21-year-old MQ-1 Predator drone and is transitioning to the MQ-9 Reaper.

"The MQ-9 is better equipped than the MQ-1 due to its high definition sensors and increased speed," the release stated. "The fresh MQ-9 design picked up where the MQ-1 left off, boasting a nearly 4,000-pound payload and the ability to carry missiles and bombs."

The Air Force explained the MQ-9 Reaper will be used for close air support for US troops along human piloted aircraft, and also for intelligence gathering and real-time reconnaissance.

"We are going to stop flying the MQ-1 completely by July 1, 2017," 20th Attack Squadron commander Lt. Col. James said in the release. "We're converting an MQ-1 squadron… to an MQ-9 squadron in combat operations without taking a single day out of combat."

US military commanders and ground forces have come to rely heavily on the remotely located aircrews that fly and maintain the Predator and Reaper aircraft.

The Death Drones: People Working as UAV Operators 'Cease to Be Humans'