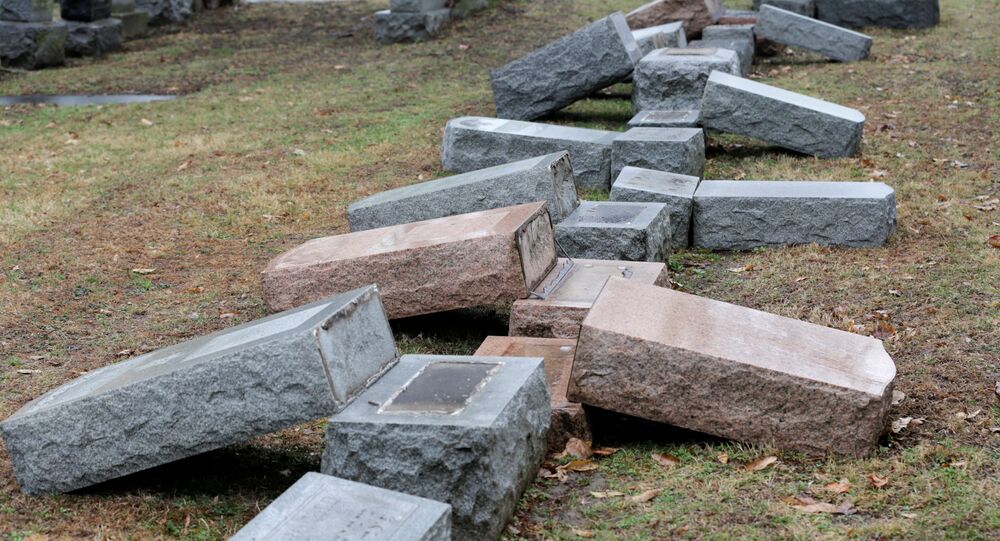 Following the vandalization of over one hundred grave stones at a historic Jewish cemetery in Missouri over the weekend, Muslim community organizers stepped up to help raise funds to repair the damage.

As of Wednesday afternoon, a fundraiser titled “Muslim Americans Help Repair Anti-Semitic Vandalism of Historic Jewish Cemetery,” had raised over $80,000, far surpassing their original goal of $20,000, which they accomplished in just three hours.

“On the heels of bomb threats and hate crimes against dozens of Jewish community center's across the United States, a historical Jewish cemetery was vandalized this past weekend when over 170 headstones were damaged,” the fundraiser details. “Muslim Americans stand in solidarity with the Jewish-American community to condemn this horrific act of desecration against the Chesed Shel Emeth Cemetery. We also extend our deepest condolences to all those who have been affected and to the Jewish community at large.”

© AP Photo / Susan Walsh
Trump Denounces Anti-Semitism After Bomb Threats at Jewish Centers
Organized by Linda Sarsour from MPower Change, and Tarek El-Messidi from the group CelebrateMercy, the fundraiser will send all proceeds directly to the Chesed Shel Emeth Cemetery, to repair the recent damages. “Any remaining funds — after the cemetery is restored — will be allocated to repair any other vandalized Jewish centers.”

The police have not named any suspects in the vandalism, nor have they labeled it a hate crime. They do believe that there was coordination between multiple individuals to carry it out, however.

On Tuesday, President Donald Trump addressed the wave of anti-Semitism, saying that "the anti-Semitic threats targeting our Jewish community and community centers are horrible and are painful and a very sad reminder of the work that still must be done to root out hate and prejudice and evil."

Vice President Mike Pence is in Missouri, and visited the Chesed Shel Emeth Cemetery on Wednesday.