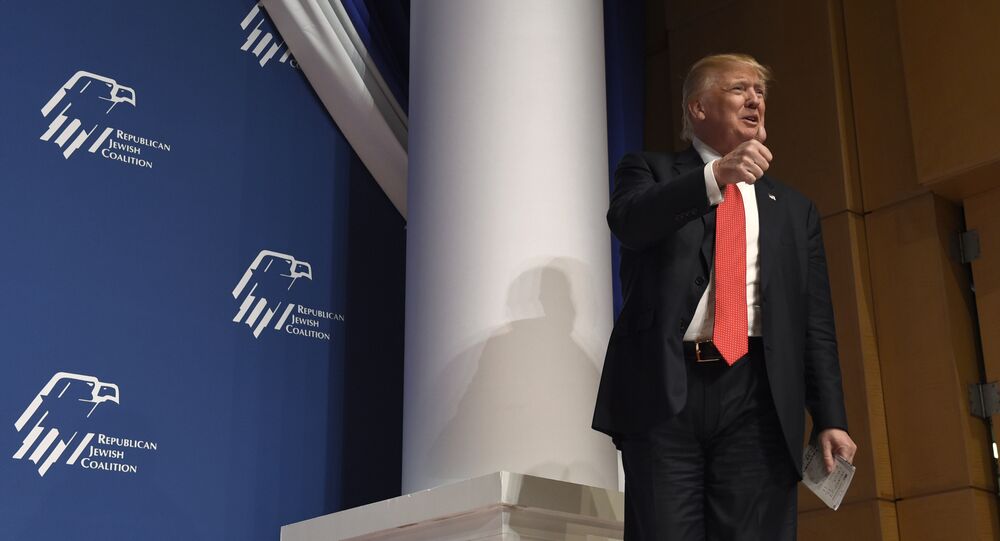 Jewish community centers throughout the United States were inundated with bomb threats on Monday in what appears to be a coordinated prank. US President Donald Trump condemned the incidents as anti-Semitic.

The centers, located in Houston, Chicago, and Milwaukee, reported receiving bomb threats over the phone that later turned out to be hoaxes. No arrests were made and no one was injured.

David Posner, director at the JCC Association of North America, said that the FBI was alerted and was investigating the incidents. "While we are relieved that all such threats have proven to be hoaxes and that not a single person was harmed, we are concerned about the anti-Semitism behind these threats, and the repetition of threats intended to interfere with day-to-day life," he said.

Thus far in 2017, 69 bomb threats have been levied at 54 JCCs in the US and Canada. The FBI has called the incidents "possible civil rights violations."

In St. Louis, 170 Jewish graves were vandalized at the Chesed Shel Emeth Cemetery on Saturday and Sunday. The vandalism was believed to be an organized campaign, rather than a solo act. "There were no swastikas, there was no graffiti, but the number of the headstones were knocked down shows me that this was a group of people, that it was premeditated and nothing of this nature has happened at non-Jewish cemeteries," said cemetery manager Anita Faigenbaum.

"These are Holocaust survivors that are in here. They shouldn't have to endure any more trauma. Let them be settled," said Robin Rickerman, a local with the bodies of great aunts and uncles interred at the facility. St. Louis police are investigating the crime, and are debating whether to classify it as a hate crime.

Trump condemned both incidents to the press in a statement in front of the National Museum of African American History and Culture in Washington DC. "The anti-Semitic threats targeting our Jewish community and community centers are horrible and are painful and a very sad reminder of the work that still must be done to root out hate and prejudice and evil," Trump said.

Trump's daughter Ivanka converted to Judaism before marrying Jared Kushner, a practicing Jew who serves as one of the President's senior advisors. Ivanka Trump tweeted, "America is a nation built on the principle of religious tolerance. We must protect our houses of worship & religious centers."

Trump did not offer a specific plan of action to combat the threats. White House spokesman Sean Spicer said that "[anti-Semitism] is something he [Trump] will continue to fight and will make very, very clear that [anti-Semitism] has no place in this administration."

This is the first time the Trump administration has explicitly addressed a rash of anti-Semitic incidents in recent months, a move that has attracted criticism from Jewish groups. The Anne Frank Center for Mutual Respect in New York called Trump's comments a "Band-Aid on the cancer of anti-Semitism that has infected his own administration," adding that the President's comments were "too little, too late," in a statement.

"I wish that [the Anne Frank Center] had praised the president for his leadership in this area," Spicer replied to reporters when asked about the comment. "Hopefully as time goes by they'll recognize his commitment to civil rights."

Previously, the White House attracted additional controversy for not mentioning the extermination of Jews during World War II in a Holocaust Memorial Day statement.

The White House claimed that Trump intentionally omitted the mention of Jews, or any other specific group, because "priests, gypsies, people with mental or physical disabilities, communists, trade unionists, Jehovah's Witnesses, anarchists, Poles and other Slavic peoples, and resistance fighters" were also targeted in Nazi extermination programs.