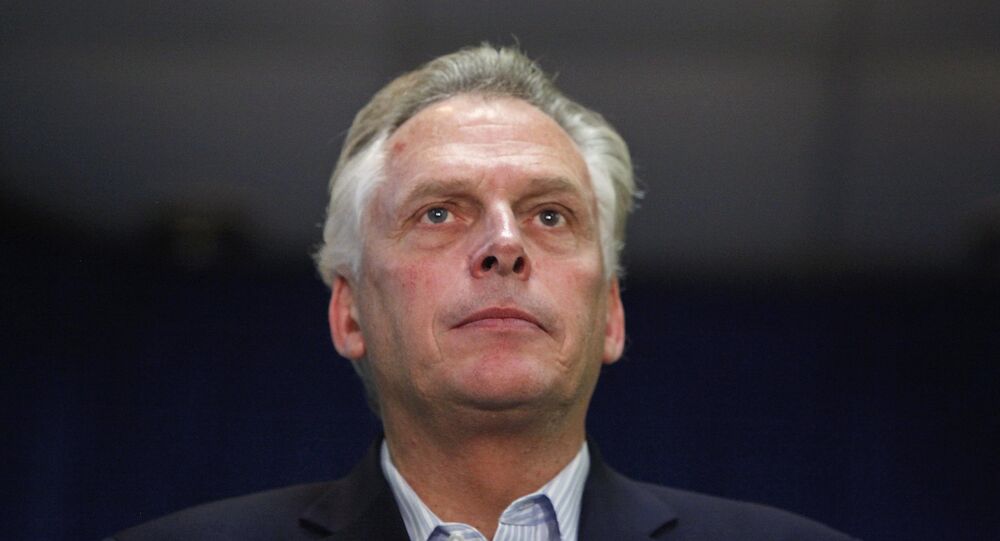 Terry McAuliffe announced that he vetoed a bill that sought to reinstate costly coal tax credits.

WASHINGTON (Sputnik) — Virginia Governor Terry McAuliffe announced in a press release on Tuesday that he vetoed a bill that sought to reinstate costly coal tax credits.

"I veto House Bill 2198, which would reinstate the coal employment and production incentive tax credit and extend the allowance of the coalfield employment enhancement tax credit without meaningful reform," the release stated on Tuesday.

McAuliffe claimed the tax credit program was ineffectively serving its purpose to slow the decline of coal production and employment, the release stated.

© REUTERS / Carlos Barria
Virginia Judge Upholds District Court 'Stay' on Trump Travel Ban
The pace of the decline was equivalent to estimations calculated prior to the creation of the tax credit program, the release stated.

From 1988 to 2016, coal mine operators, electricity generators and other coal-related companies claimed over $637 million in tax credits, the release noted. During this same period, the number of coal miners in Virginia dropped from 11,106 to 2,483.

The Joint Legislative Audit and Review Commission’s review of the effectiveness of the tax credit program determined that the economic activity had not moved in the desired direction and that the credits had not achieved their goal, the release added.

Import Tax of 45% Would Decimate Chinese Exports to US