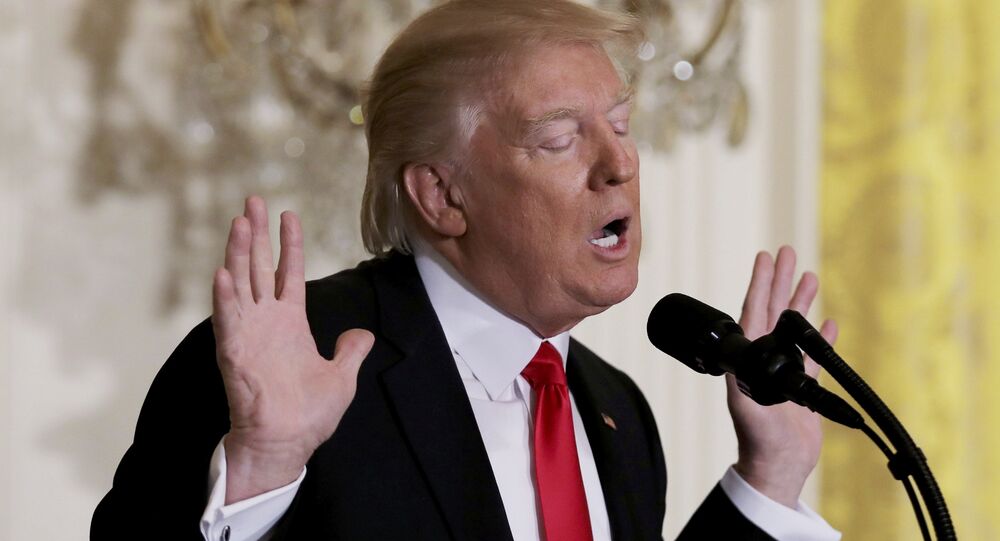 US President Donald Trump has used his favorite platform, Twitter, to explain what exactly he meant by his comments about the terrible things happening in Sweden yesterday. Sort of.

At a rally last night defending the measures he has taken to "keep this country safe," Trump said, "you look at what's happening last night in Sweden. Sweden! Who would believe this, Sweden! They took in large numbers, they're having problems like they never thought possible."

The problem was that nothing much happened last night in Sweden. The Swedish Embassy in Washington was so confused it asked the president what he meant by his remarks. There was even speculation that he had mixed up Sweden and the Pakistani city of Sehwan, where dozens were indeed killed in an attack Friday night.

The president stepped in to explain. "My statement as to what's happening in Sweden was in reference to a story that was broadcast on @FoxNews concerning immigrants & Sweden."

But it really sounded like he was talking about a particular incident. So much so that #LastNightinSweden was trending on Twitter for hours afterward.

In the Fox News documentary clip Trump may be referring to, filmmaker Ami Horowitz says, "There was an absolute surge in both gun violence and rape in Sweden once they began this open-door policy," referring to Sweden's decision to open its doors to large numbers of refugees in 2013, the BBC reported.

By far the worst terrorist attack in Scandinavia was perpetrated by far-right extremist Anders Breivik, who systematically murdered 77 people, many of them children, in a bombing and then shooting attack in 2011. The deadliest attack in Sweden in recent years was a hate crime perpetrated by a local who killed three people at a school with a sword.