Texas Jailers Go on Trial After Prisoners Die of Overheating

The Texas prison system is going on trial, after at least 21 inmates died from overheating from 1998 through 2011, with ten of the deaths occurring in 2011 alone. 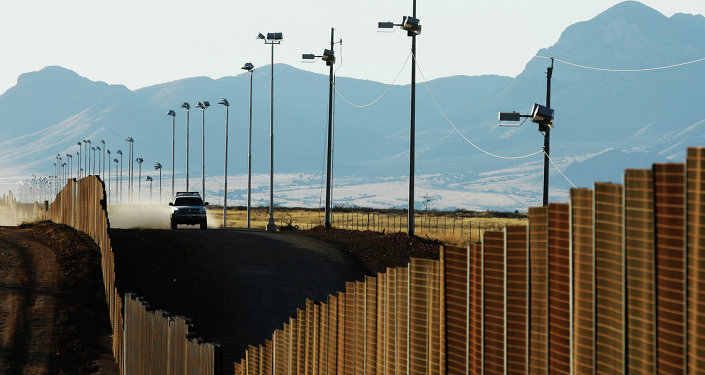 © AP Photo / Guillermo Arias
ACLU Decries Sheriff's Offer to Use Inmates to Build Trump's Mexico Wall as 'Perverse', 'Inhumane'
The number only counts inmates who died specifically due to overheating, and not those in which heat was a contributing factor.

In an 83-page ruling, US District Judge Keith Ellison ruled that the Texas prison system, and its top officials, must stand trial in a civil rights lawsuit.

In 2011, a man named Larry McCollum died in the Hutchins State Jail, where he was serving a year in prison for writing a stolen check. During the week when he arrived at the prison, there was a heat index of 150 degrees Fahrenheit for at least four hours in a row, indicating that heat stroke is imminent.

To combat the extreme heat, inmates were supposed to receive ice water on a regular basis, but instead received water that was between 75 and 80 degrees, the Houston Press reports. Despite housing 58 men, the jail dorm had just three fans. The inmates did not have personal fans, as there are no electrical outlets.

On July 22, McCollum was found convulsing on the top bunk. Jail staff did not call 9-1-1 for nearly an hour. When he arrived at the hospital, his temperature was over 109 degrees. He died six days later.

© Photo : Pixabay
Wisconsin Inmates Plan Hunger Strike Against Solitary Confinement
A year after McCollum’s death his family filed a lawsuit against the Texas Department of Criminal Justice, asserting that the jailers were indifferent to the inhumane conditions, and were therefore responsible for his death.

"Plaintiffs have adduced evidence that Larry McCollum’s tragic death was not simply bad luck, but an entirely preventable consequence of inadequate policies," US District Judge Ellison wrote. "These policies contributed to the deaths of eleven men before McCollum and ten men after him."

Due to the fact that there had been heat-related deaths in the jail prior to McCollum’s, the family argues that it was pure recklessness that the Department of Criminal Justice did not take measures to prevent it from happening again.

“Let's put this plainly: The heat that literally killed two human beings in one summer, let alone 19 others since 1998 including ten in 2011, doesn't seem horrible enough to Livingston to warrant installing pretty standard, modern-day appliances like air conditioning,” Meagan Flynn wrote for the Houston Press.

The department will appeal the judge’s ruling to the US Fifth Circuit Court of Appeals.

US Won't Give Up Gitmo Base Even When Notorious Jail Closes