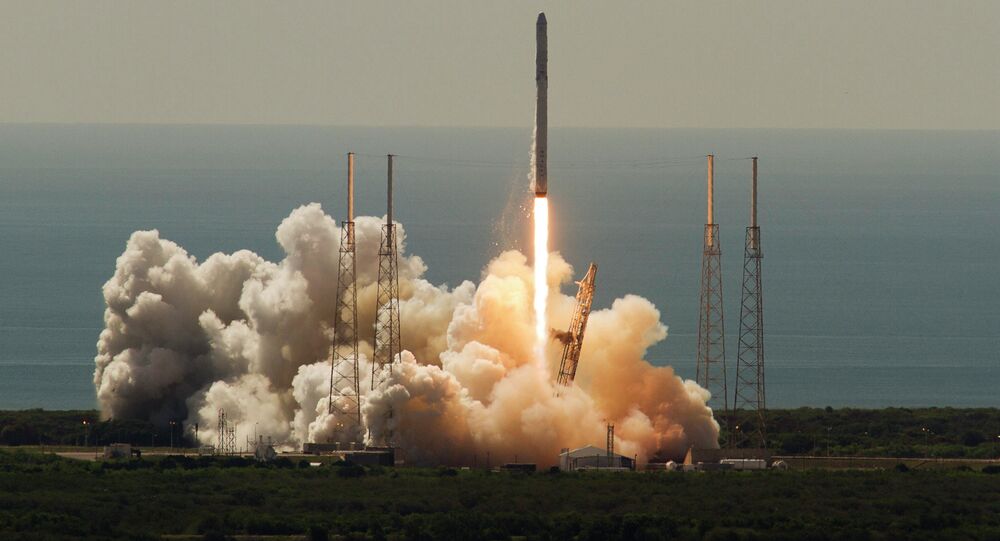 Engineers preparing the Space X Falcon 9 rocket for Saturday’s lift off to resupply the International Space Station (ISS) have encountered a small leak in the rocket’s upper stage that could delay the mission, according to a tweet by Space X founder and CEO Elon Musk.

WASHINGTON (Sputnik) — Musk said that the engineers are investigating the leak in order to find out if it's critical for the mission.

Investigating a (very small) leak in the upper stage. If ok, will launch tomorrow. https://t.co/bQf97lywn4

​"Investigating a (very small) leak in the upper stage. If OK, will launch tomorrow," Musk tweeted on Friday.

© Flickr / SpaceX Photos
Space X Rockets to Propel First-Ever US Survey of Ocean Surfaces
Otherwise, the weather appears to be cooperating, according to US Air Force officials, who put the odds at 70 percent for conditions needed to set the Falcon 9 soaring into space.

Space X, a private rocket company that sells launch services to the National Aeronautics and Space Administration, is using historic launch pad 39A, where astronauts Neil Armstrong, Michael Collins and Buzz Aldrin blasted off for the Moon in 1969.

The pad was last used for the final launch of the space shuttle in 2011.