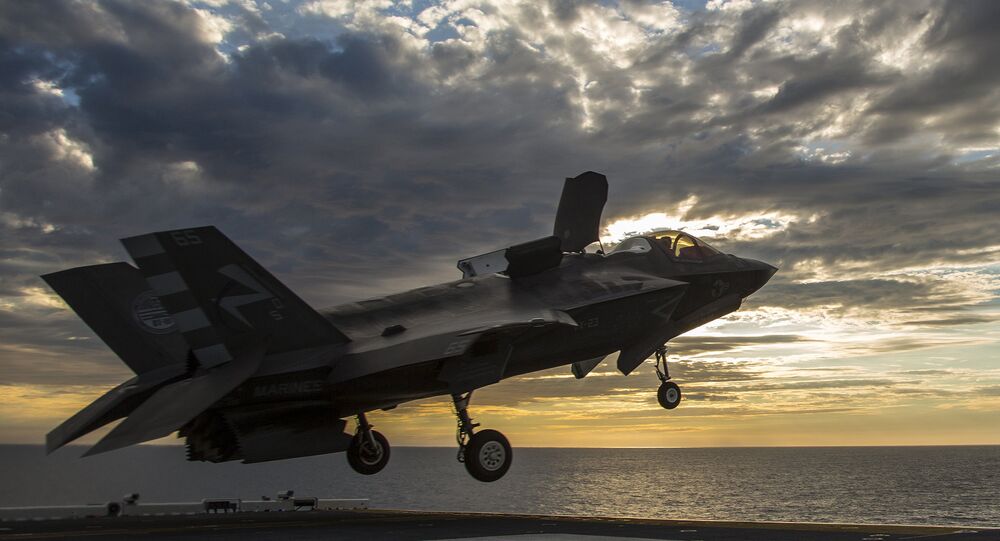 US President Donald Trump told reporters on Friday that the cost of the F-35 Lightning II fighter jet program has been put under control.

WASHINGTON (Sputnik) — Trump said he is negotiating with defense contractor Lockheed Martin, which is developing the F-35 jet, to cut back billions of dollars from the cost of the program.

"It was out of control and now it’s very much in control," Trump told the White House press pool following his remarks at a Boeing event in the US state of South Carolina.

If the cost of the F-35 program does not drop, Trump noted, the orders for the aircraft may be replaced with Boeing’s F-18 Super Hornet fighter jet, which now has a stealth component.

© Flickr / Lockheed Martin
'Potentially Disruptive': Rival CEO Listened In On Trump's F-35 Call
On Thursday, US Air Force Deputy Chief of Staff for Strategic Plans and Requirements Maj. Gen. Jerry Harris said that the US Air Force has worked long time on developing a sixth generation combat aircraft to replace the F-35 jet once it reaches the end of its service in 2070.