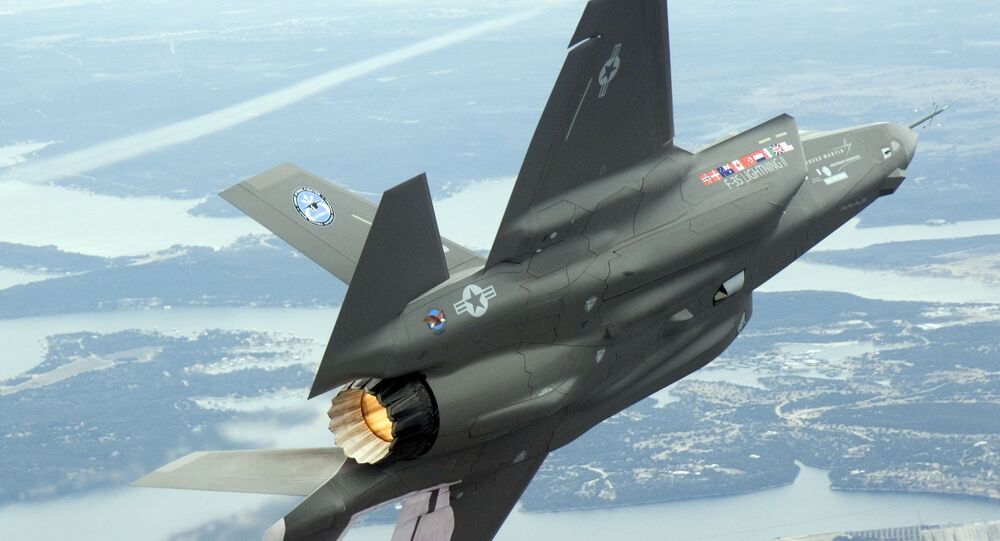 As Lockheed Martin has struggled to curb "out-of-control" cost of the F-35 program, the US Air Force have been actively looking into the opportunity to replace the beleaguered jet with a new 6th-gen combat aircraft.

© Flickr / Lockheed Martin
'Potentially Disruptive': Rival CEO Listened In On Trump's F-35 Call
WASHINGTON (Sputnik) — The US Air Force has worked long time on developing a sixth generation combat aircraft to replace the F-35 jet once it reaches the end of its service in 2070, US Air Force Deputy Chief of Staff for Strategic Plans and Requirements Maj. Gen. Jerry Harris said in a congressional testimony on Thursday.

"Development of a sixth generation aircraft to replace the F-35 began long ago," Harris told the US House of Representatives Armed Services Committee.

The US Air Force Scientific Advisory Board is conducting a study on a sixth generation strike aircraft known as the penetrating counter air, or PCA, platform. The report will be published in December 2017.

Defence Images
US Air Force to Equip Troubled F-35 Jets With Heat Seeking Missiles
The PCA is hybrid approach in reaching air superiority as well as fulfilling other missions for anti-access/area-denial environments in the 2030 time frame.

The PCA capability will have a role in targeting and engaging, but an equally critical goal is to serve as a node in the network-centric warfare, providing data from its sensors to launch kinetic and non-kinetic weapons.