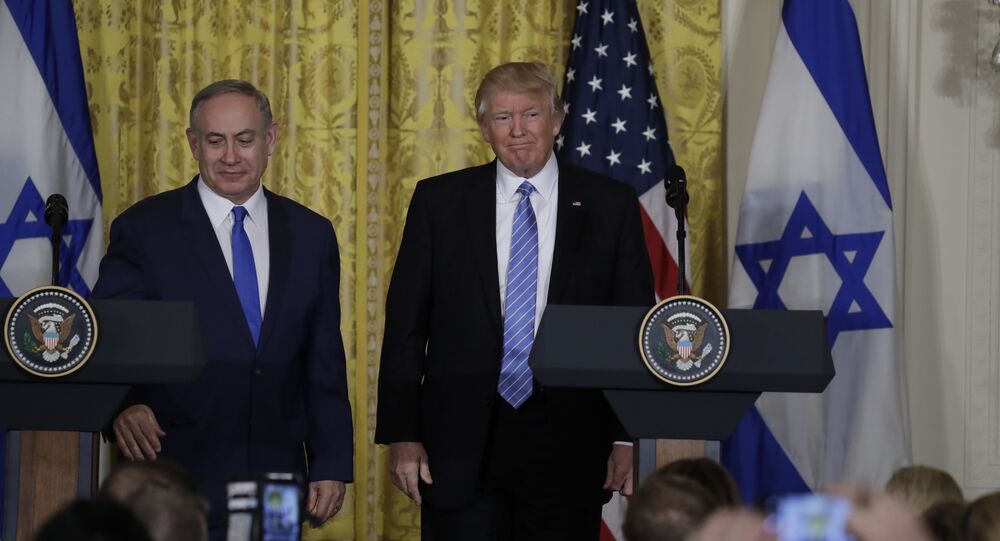 The two-state solution that has been a cornerstone of all Middle East peace initiatives in the last decades, might not be the only way forward, according to US and Israeli leaders.

President Trump and Prime Minister Netanyahu hinted that they are in the process of negotiating a broad regional peace deal with Arab countries that might surprise many with its unorthodox approach.

During a joint press conference on Wednesday, the two leaders acknowledged that they are in contact with several regional players interested in a major Middle East peace deal involving many Arab nations.

Responding to a question from a reporter, Netanyahu said that the best way to find peace would be through “regional approach from involving our newfound Arab partners in pursuit of a broader peace and peace with the Palestinians.”

Trump was visibly surprised by Netanyahu’s level of openness and even said that he didn’t expect the Israeli leader to speak about the negotiations publicly. However, since it already happened, the president promised to announce soon a major Middle East initiative that will be much broader than previous proposals, concentrated on the two-state solution. According to Trump, it’s up to Israelis and Palestinians to decide whether they want to live in two separate states or may coexist within one country.

"The United States will encourage a peace, and really a great peace deal. We'll be working on it very diligently," Trump said. "But it is the parties themselves who must directly negotiate such an agreement."

© REUTERS / Faisal Al Nasser/Files
US Proposes Israel-Friendly Arab Defense Pact to Counter Iran
When questioned about his position on Israeli settlements, Trump also asked Netanyahu to “hold back on settlements for a little bit.”

Trump added that "the Israelis are going to show some flexibility" and "they have to show they really want to make a deal,” and that the Palestinians will need to acknowledge Israel. He added that there may now be some “other players” that will make it easier to accomplish this.

"I also believe that we're going to have other players at a very high level and I think it might make it easier on Palestinians and others,” Trump said.

Throughout Trump’s campaign, he repeatedly promised to have a stronger relationship with Israel than President Barack Obama did.

Netanyahu stated at the end of the conference that there is “no greater supporter of the Jewish people and the Jewish state than President Donald Trump.”