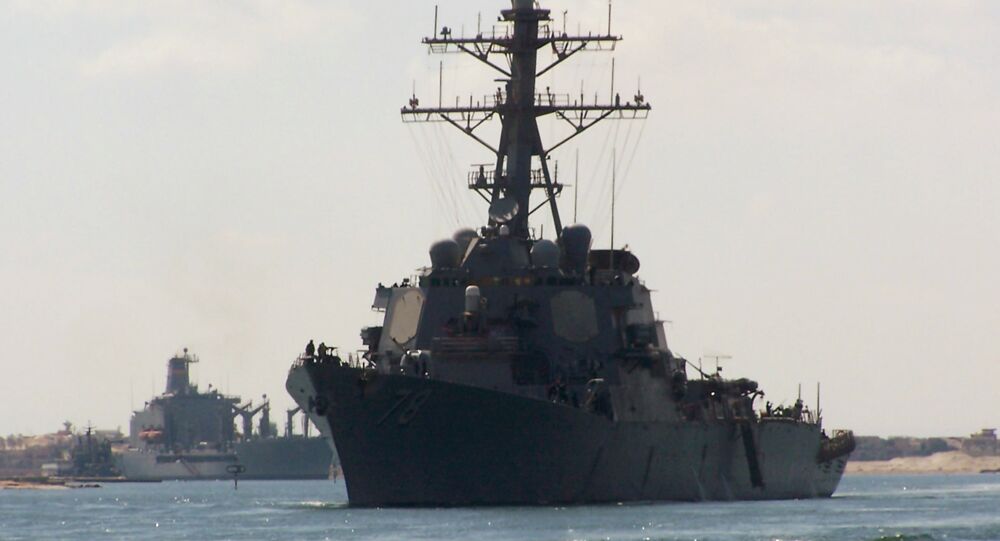 Pentagon Accuses Russia of 'Unsafe, Unprofessional' Actions Near US Destroyer

The United States is concerned about the incidents with Russian aircraft flying near the US destroyer in the Black Sea earlier in February, and considers them unprofessional, Defense Department spokesperson Michelle Baldanza told Sputnik on Tuesday.

WASHINGTON (Sputnik) —Baldanza said that a number of incidents involving USS Porter occurred on February 10, while the ship was patrolling international waters in the Black Sea following the Sea Shield trials.

"Several incidents by multiple Russian aircraft in the Black Sea near the destroyer USS Porter (DDG 78) on Feb. 10 were assessed by the ship's commanding officer as unsafe and unprofessional," Baldanza said. "Such incidents are concerning because they can result in accident or miscalculation."

Baldanza explained that the US destroyer queried all Russian aircraft, but did not receive any answer.

"The Russian aircraft did not have their transponders on," Baldanza added.

The spokesperson also pointed out that the US destroyer was conducting routine maritime operations in international waters in the Black Sea after it concluded Exercise Sea Shield.

© AFP 2020 / PAUL J. RICHARDS
Trump Expects Russia to 'Return Crimea' to Ukraine - White House
The Sea Shield 2017 maritime drills with the participation of seven NATO member states and Ukraine kicked off in the Black Sea in earlry February. The drills take place on the territory of 80,000 square kilometers (49,700 square miles). Approximately 2,800 personnel from Romania, Bulgaria, Greece, Turkey, the United States, Canada, Spain and Ukraine, 16 warships and 10 warplanes will participate in the 10-day exercises.

Confirmed: US Used Depleted Uranium Shells Against Daesh in Syria

Hundreds of US Troops, Tanks Arrive in Romania